I forgot to put up my latest GMod background artwork yesterday. This is dedicated to my sister Overlord Tomala and our Canadian friend Yutram: 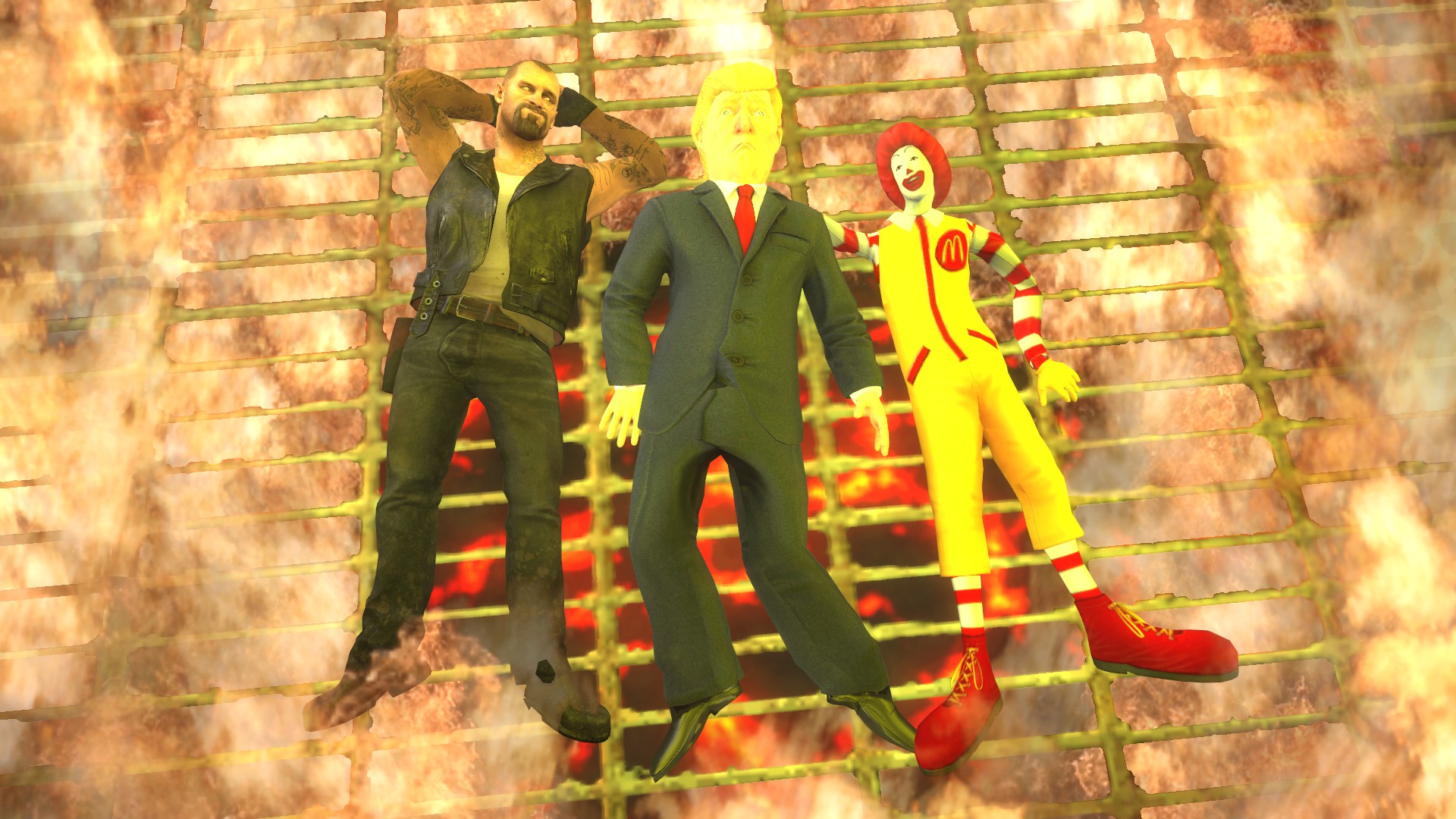 My family and I had some homemade fried chicken topped with chopped red bell peppers and onions for dinner along with some salad and buttered French bread this evening. It sure is quite enjoyable and delicious. 🙂

And now for the bad news out in the real world, yesterday has been a rough day because the orange-faced Presidential lunatic Metamucilini has crashed the Wall Street stock market which caused the Dow Jones to plunge 600 points after declaring that all the people in China need to get out of there. I found a quote from an article at some website that includes parts of Twitler’s tweet after the stock market crash incident occurred:

Our Country has lost, stupidly, trillions of dollars with China over many years. They have stolen our intellectual property at a rate of hundreds of billions of dollars a year, & they want to continue. I won’t let that happen! We don’t need China and, frankly, would be far better off without them. The vast amounts of money made and stolen by China from the United States, year after year, for decades, will and must STOP. I will be responding to China’s tariffs this afternoon. This is a GREAT opportunity for the United States. We will keep it that way!

My god, he really is a worthless piece of orange scum… I just hope he gets impeached and kicked out of the Presidential office for doing all the stupid things he had done since he was elected President against Hillary Clinton in back in 2016.

I drew a picture this evening of President Tangerine Nazi Rape Clown as a clowny Batman villain known as The Joker: 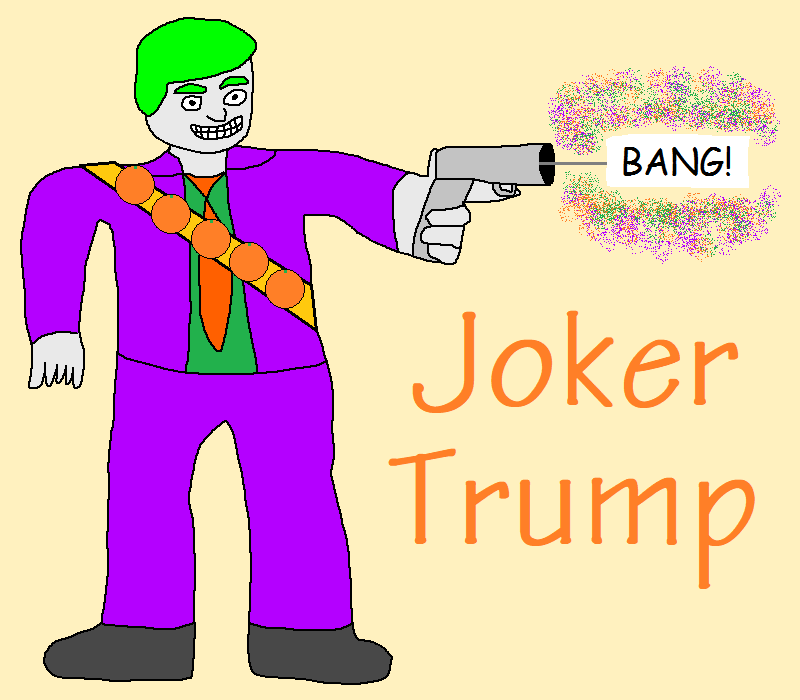 Heh, it would’ve been even funnier if he had a strange sidekick named Ivanka Quinn. 😛

I watched this hilarious clip from the Late Show where the Angry Yam is singing the National Anthem but he’s using the wrong words to the song but they’re pretty much funny like ‘Boob Shakes and Butt Stuff’, ‘Going To Jail’, and ‘And I Have, like, Big Braaaaaaains!’. 😛

Today is a sucky gray day. San_San and I went into town to go see the parade this morning, and it’s a lot of fun. 😀 I got a bunch of candy so that I can share them with my family. My favorite parts of the parade are the marching bands, McGruff the Crime Dog, and people who drive really old cars from the 40’s to the 50’s. After we got home I took a 2-hour nap.

We did have delicious cheeseburgers, french fries and corn-on-the-cob for dinner this evening. That really hit the spot. After I got dinner out of the way, I went on YouTube and watched a couple of videos from the Late Show. This first video is Stephen talking about President Fuckface Von Clownstick and NATO:

Ohhhh my goodness, I died laughing at the Donald Trump book, ‘Fifty Shades of Orange’. 😛 Then here’s this video where Stephen is saying strange quotes while wearing a Big Furry Hat:

I like the one quote that he said: ‘Anyone who tells me to ‘chillax,’ shall be ‘killaxed.’ I thought that was hilarious too. 😛

There’s nothing much going on tonight. I was watching this video from the Late Show that involves Mark Walker and baby ducks:

My most favorite part in it is Walker’s picture of the duck ramp on Twitter. 😛 What kind of stupid moron had the idea to buy duck ramps so that the ducklings would climb up in it, fall down into the pond and die?

I found another YouTube video from The Tonight Show where Jimmy Fallon weighs the good and bad of at the White House in his segment called ‘Pros and Cons’:

Oh wow, that Russian leek soup recipe made me laugh. 😛

Now THAT is a funny SNL video. My favorite part is Bullshit Spice driving around the New York City with an automotive speech stand. 😛