Earlier this afternoon my father showed me a YouTube video from the Late Show with Stephen Colbert where Eminem destroys Rudy Giuliani with some truths:

Yeah, I’d thought his response to Rudy was hilarious and on target. 😛

I was watching this video from the Late Show that includes the ‘Amen!’ edition of Big Furry Hat:

Here’s my most favorite part Stephen said that I thought it was epicly hilarious: “After a prayer, instead of ‘amen’, we shall now proclaim ‘a-women!'” 😛

Oh, I found another one also from the Late show that include a musical performance by Bon Jovi (or as I call him ‘Jon Bovine’ 😛 ). Enjoy this fun song:

Now that was an incredibly awesome performance! And I like their great guitar work too. 😀 I was thinking about pulling out my guitar and do some practice one of these days.

I found this video from the Late Show where Stephen does the belated Thanksgiving edition of Big Furry Hat:

I extremely lol’d at the one quote he said: “This Thanksgiving, any grown-up who says we should investigate Uranium One has to sit at the kids table, and the first kid who remembers pilgrims are immigrants gets to sit at the adult table.” 😛

So anyway, I hope the rest of you Slackers had a happy belated Thanksgiving too. 🙂

It was a decent evening tonight. San_San made us some delicious chicken and zucchini this afternoon along with the sliced tomatoes: 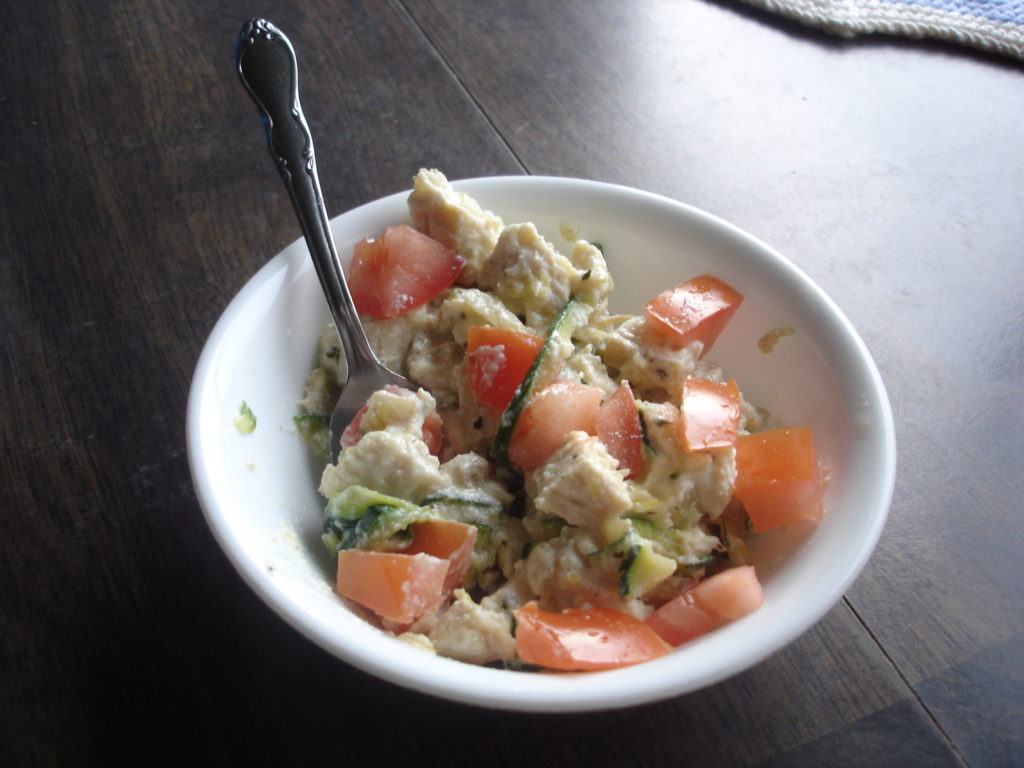 Then I decided to dig back into some more Quake after having some Thai spaghetti that Tomala made for dinner. 🙂 Oh, I found this video from the Late Show the other night where Cartoon Trump and his Toupee-izard challenge Ash Ketchum for a Pokémon battle:

I extremely laughed my ass off on that Machamp-esque Robert Mueller, and his unstoppable move F.B.I. Investigation really cracked me up too. 😛

I was watching this YouTube clip from The Late Show this evening where Stephen puts on a big furry hat and makes more of his proclamations while wearing it:

Oh man, I think the funniest proclamation he made has got to be “From now on, any guy who man-spreads and man-splains may be woman-slaughtered.” 😛

After I played some Portal 2 tonight, I watched this video from the Late Show that includes Kermit the Frog and the recent firing of an actor who’s voiced as him:

Oh god, that one part where Kermit burns himself with a cigar made me lol. 😛