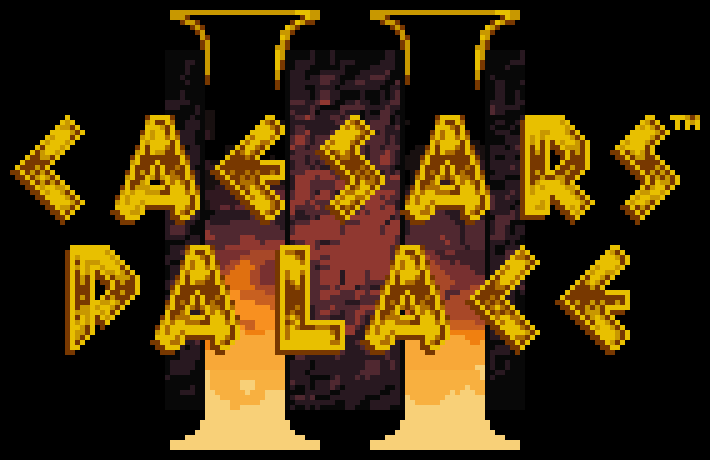 I’ve been playing some Caesars Palace II for the Game Boy Color this evening. This is a sequel to Caesars Palace, and it’s similar to the original. But this time you play as an unnamed male protagonist which can be named. You start out with $2,000 and are later given a $10,000 credit limit by the cashier:

After that, you can walk around the casino floor to choose which game you wish to play.

Unlike the first Caesars Palace game, you must win enough money to enter high roller areas. Which means the more money you accumulate, the more fancy-looking your character’s clothes will be. So far I have entered all the high roller areas, wore the most fanciest clothes, and reached over one millions dollars. Awesome!

I just wish the money and the fancy clothes were real. 🙂

I’ve been playing around some more Caesars Palace on the VisualBoyAdvance just for the heck of it and I managed to cash out three quarters of a million dollars! I won huge amounts of “money” in Video Poker, Roulette, Blackjack and the Money Wheel:

After “cashing out” $750,000 I got an awesome hot rod that can send my way back to my hamster headquarters. 🙂

What I like about this best ending is the hot rod jingle sound because I find that quite catchy, and I also like the sign that lets me know that I’m leaving Vegas after beating the game:

I just wish the car and the money were real! 😍

I decided to try out a new (old) game on my VisualBoyAdvance emulator called Caesars Palace for the original Game Boy. You start off with some “cash” as you play games in the casino such as Slots, Video Poker and Money Wheel:

It’s fun to play but sometimes hard to win. I like playing that is because I remember playing the old Windows version of the game way back in the Windows XP era. Jackpot! 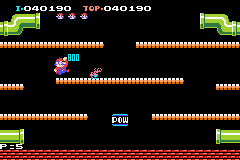 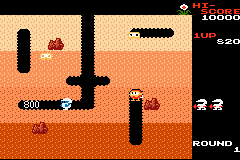 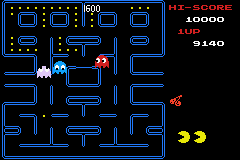 My future plans are to play more Famicom games; such as Ice Climbers, Clu Clu Land and Super Mario Bros.

Been playing a little bit of Ultimate Card Games on my VisualBoyAdvance emulator lately, and I finally managed to get my first win in a game of Poker against three of my opponents by taking all the money in the pot from them:

Wow, I felt so excited when that happened. 😀

I found some more Game Boy roms that I remembered playing original arcade versions of them from awhile back:

Plus I grabbed another Game Boy rom that’s really fun to play:

Yep, I had a really fun time murdering enemies and creating words. 🙂 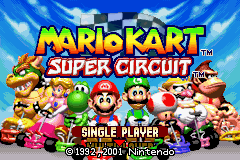 I found this Game Boy Advance ROM game at LoveROMs.com that I remembered playing when I was a kid. It’s called Mario Kart Super Circuit, a game where you’ll compete against the other racers as you race around the tracks while grabbing mystery boxes that contains various power-ups like red and green turtle shells, mushrooms and stars: 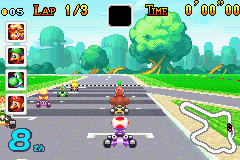 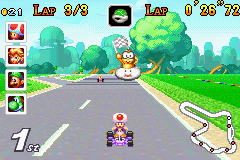 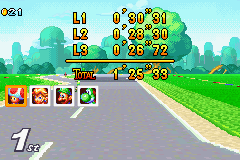 My lap stats after I finished the race.

I gotta say, this is a super fun Mario racing game. 🙂