I didn’t feel like posting anything for tonight other than I played some Borderlands 2 just to kill more enemies and obtain new guns, and I also did a little more of Scribblenauts Unmasked and made my own version of a special infected zombie character which is now added to my collection of all the survivors and half of the special infected from the L4D series.

Anyways, I got bonus work to do tomorrow in the afternoon. Open Thread!

After doing my heroic skirmish against the DC Comics supervillains in Scribblenauts Unmasked I decided to create my custom Hunter from the L4D series which is now added to my collection: 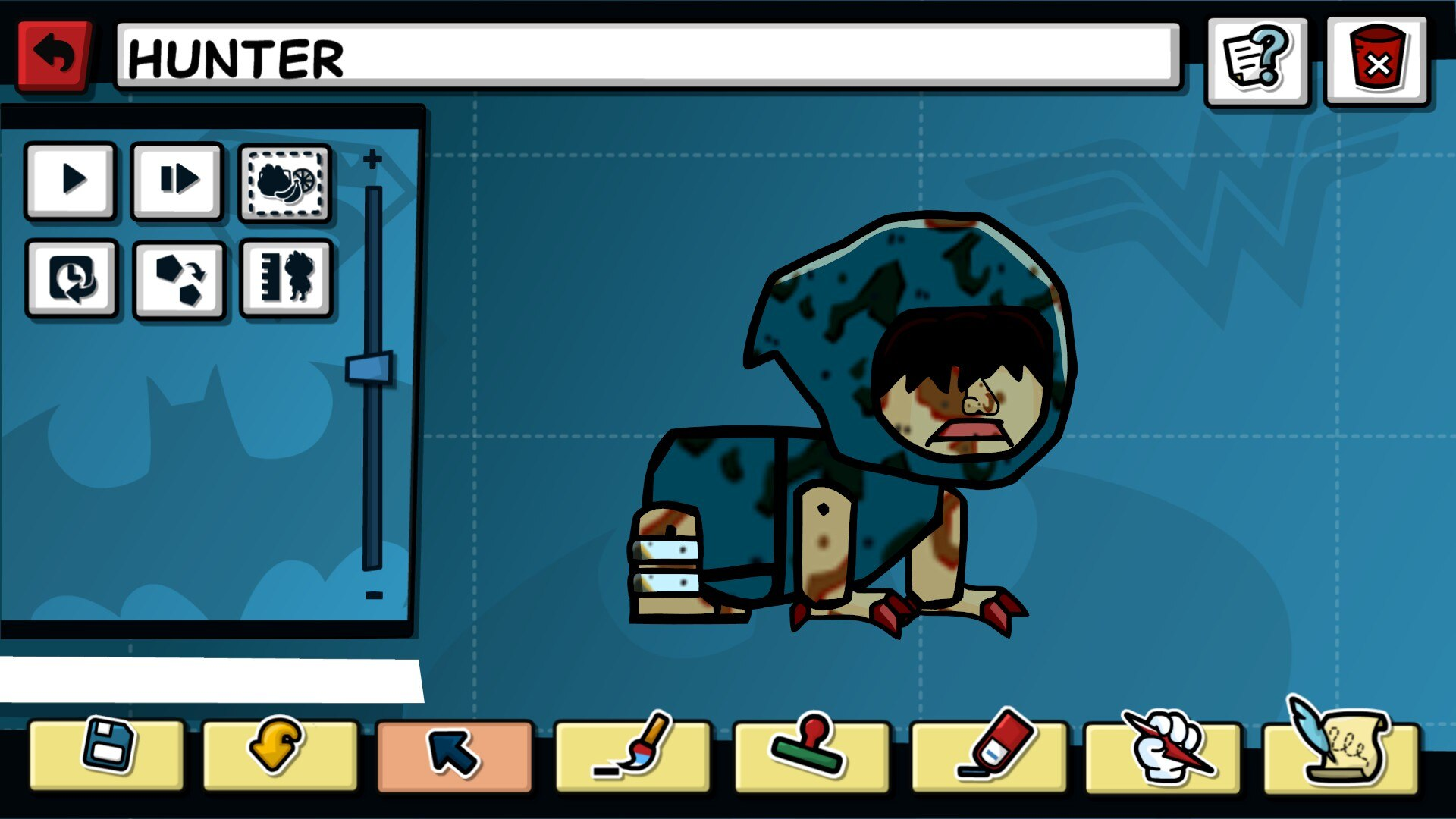 Unfortunately he cannot pounce on people just like the actual Hunter but he has the adjective ‘jumping’ added to him when created, but he does have 250 health just like in the L4D games. I even uploaded two more workshop items on Steam that include my versions of the supervillains in-game. If anybody wants to check them out on Steam then feel free to do so.

I got back into making more custom characters in Scribblenauts Unmasked, this time doing some survivor characters from Left 4 Dead.

Afterwards I moved on to practicing with Adobe Illustrator and my Wacom tablet. Here’s my latest practice artwork for today:

It was announced today I was checking out the Scribblenauts Unmasked workshop on Steam, and one of my workshop items has become the most popular workshop item for today: 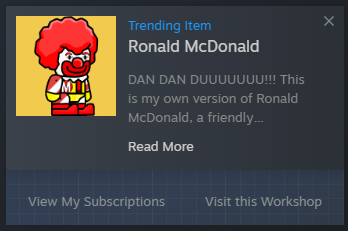 Yep, he totally Dan Dan Duu’d his way to the top of the first page of most popular Scribblenauts Unmasked workshop items this week. Congratulations Ronald! 😛

I have uploaded my very first Scribblenauts Unmasked collection to the Steam workshop on a clean install of Windows 10 because of my items that I made a few years ago have turned invisible. It was a collection of my own versions of superheroes and supervillains with funny-looking faces and serious issues, but they can still fight against each other. Click on the link here to check out them out in the collection.

I’ll be planning on getting back to SFM tomorrow, but I have to come up with something good that should I make for my next project. 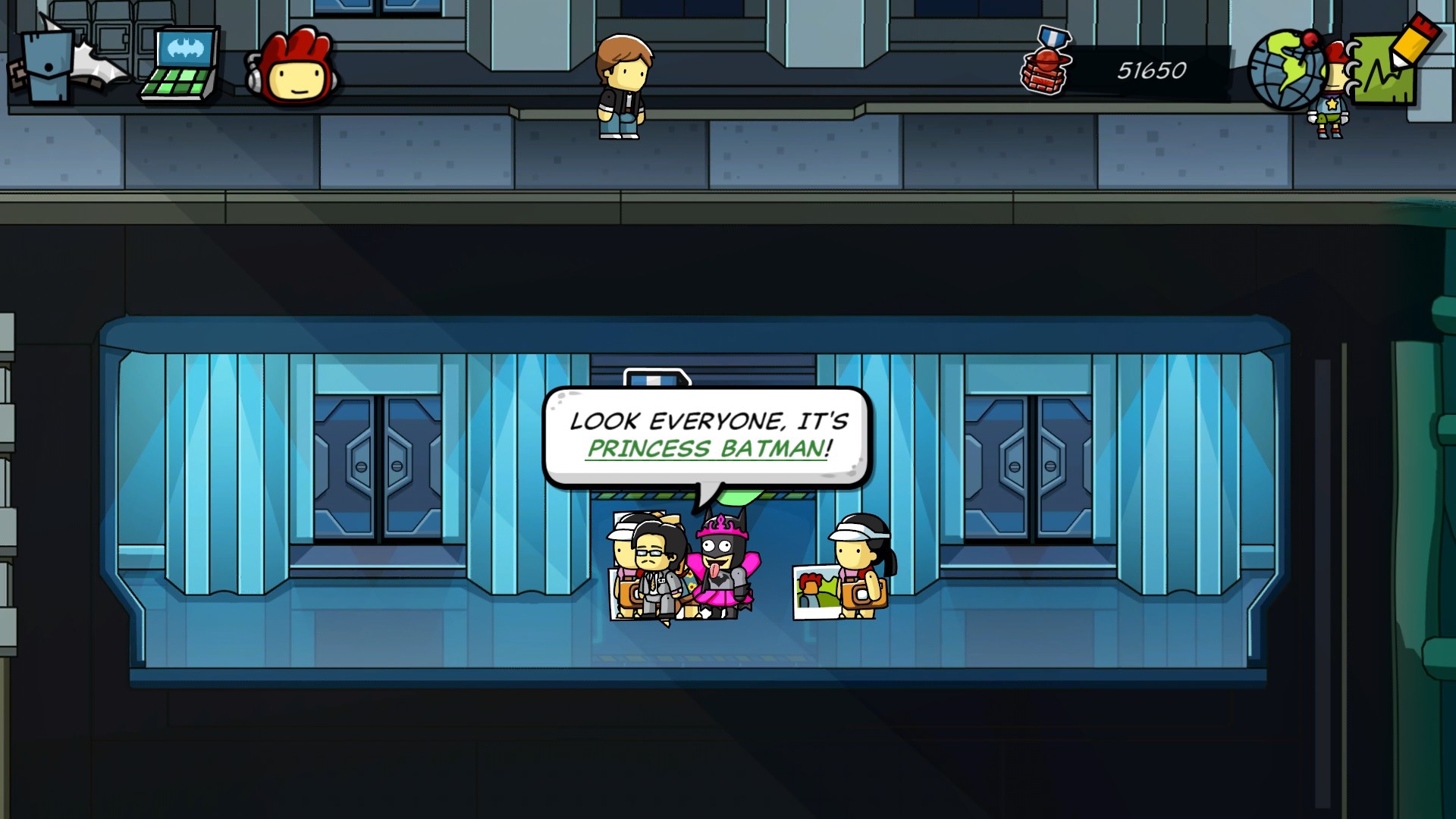 WUAAAAGGGH!!!! I’m being surrounded by tourists who really like me. BAAAAAMAAAAAAANNN!!!

I didn’t get to do any SFM last couple days ago, but I did re-upload a few of my creations from Scribblenauts Unmasked to the Steam workshop since most of the stuff that I made awhile back became invisible due to the clean install of Windows 10. So I had no choice but to delete all my object data and start making them all over from scratch.

I will be planning on screwing around with SFM once my weekend begins, so stick around until I come back to my headquarters.

I’ve been uploading some workshop items for Scribblenauts Unmasked on Steam lately since it’s been awhile. It was a group of main characters from Drawn Together:

So tomorrow I’m going to plan on making a Scribblenauts Unmasked collection of Drawn Together characters that I’ve uploaded last couple days ago.

I’ve been checking out the Scribblenauts Unmasked workshop on Steam lately, and I noticed three of my workshop items have made their way to the list of workshop items that are mostly popular from the last three months:

Yeah, I felt so happily amazed when I saw that. 🙂

I felt so happily amazed when I saw that. 🙂

I’ve been checking out the Scribblenauts Unmasked workshop on Steam earlier this evening, and one of my workshop items has made its way to the top of the first page as this week’s most popular items:

I was really happy to see Super Mecha Death Christ reaching 1st place as the most popular workshop item of the week. 🙂