I took a screenshot of a secret Dopefish that I found while I was playing Quake today: 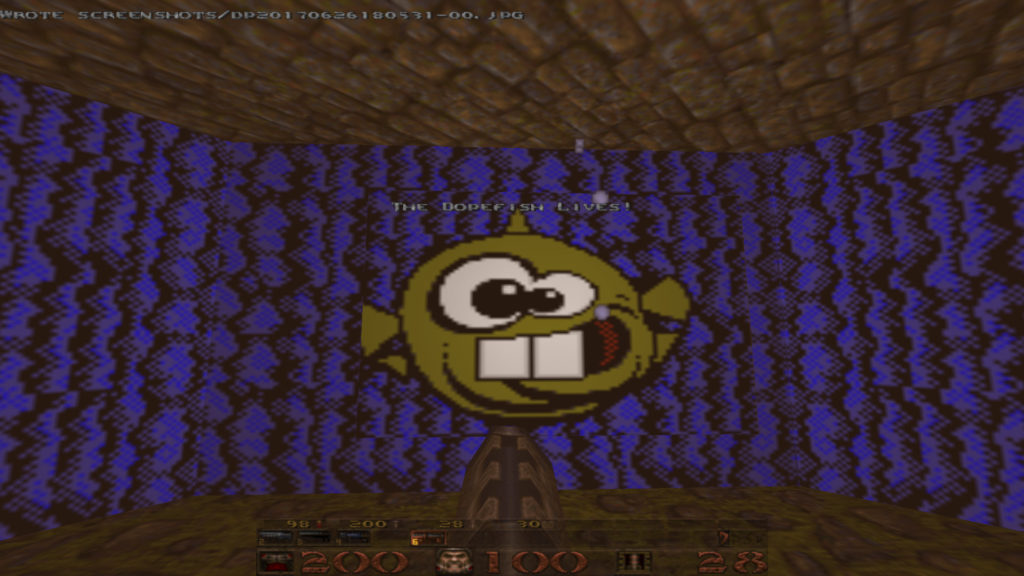 I thought that was a cool thing to see. 😀 Anyway, I have completed the first chapter in the game by obtaining the first rune and defeating a giant lava monster known as Chthon. So now I’m in the second chapter of the game and I made it to the Ebon Fortress so far. I will continue playing more of this tomorrow.