I played some Portal 2 yesterday, and so far I have completed a few tests including deadly lasers and turrets in Chapter 3 after meeting Wheatley and GLaDOS in the first two. Here are some screenshots of what I’ve been doing with the turrets: 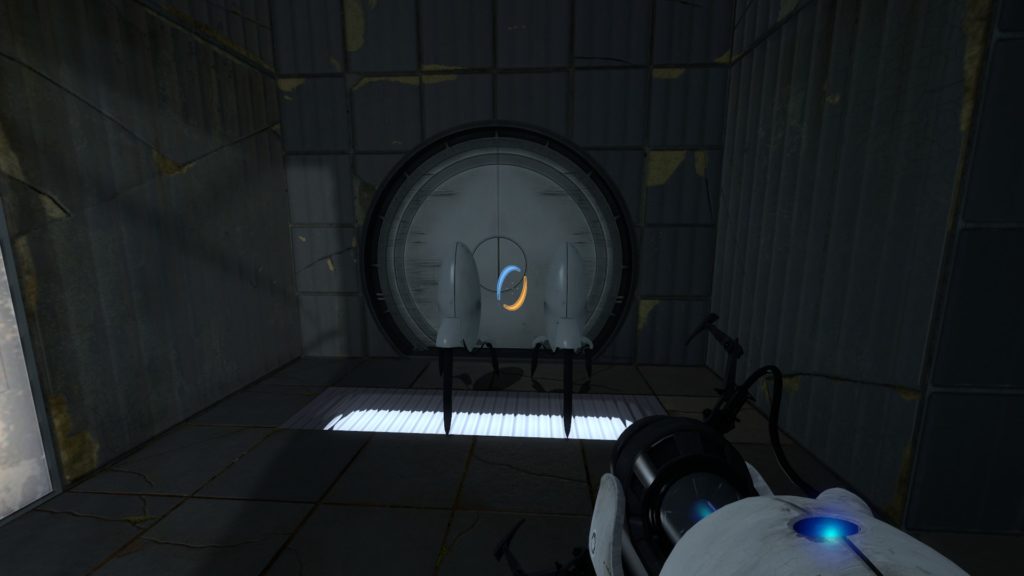 Two turrets staring at the door. 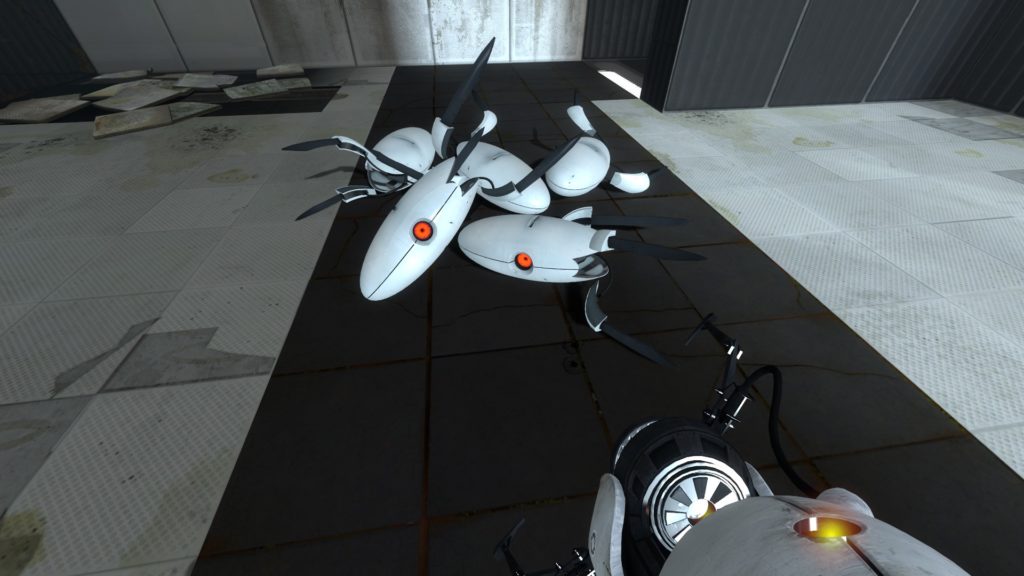 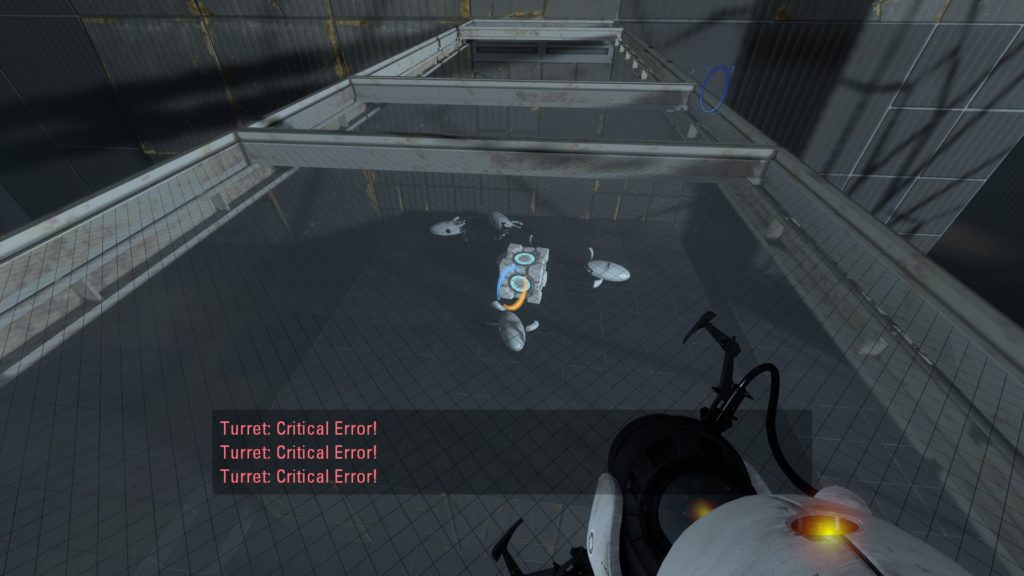 I was playing Dominoes with the turrets by dropping one on them. 😛

It was a lot of fun passing some tests. 😀 I think I’ll tear back into this game someday in hopes of reaching Chapter 4.