I was playing some Poker Night 2 this evening and it seems that Brock Samson didn’t like losing this tournament, deciding on extreme measures: 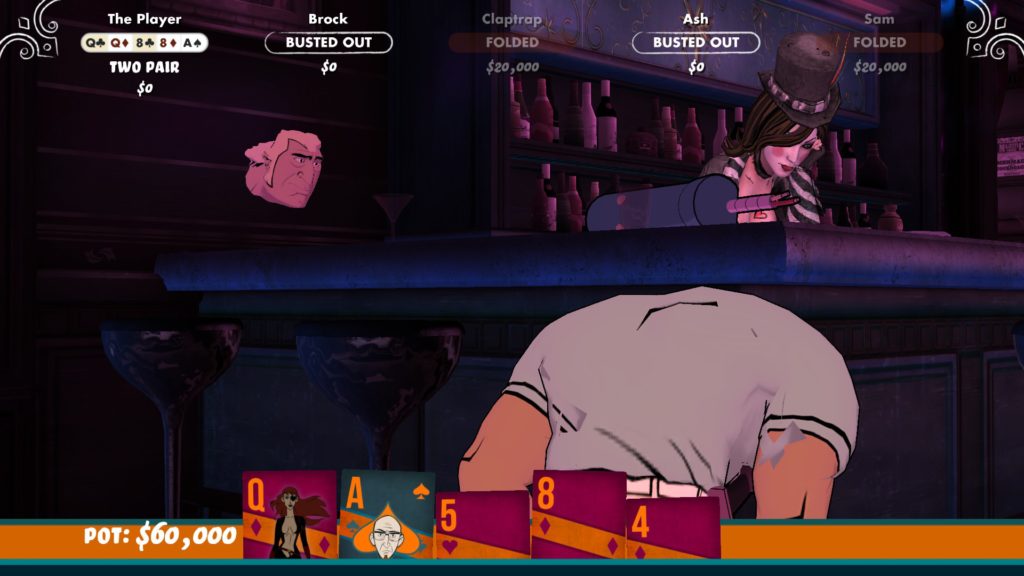 I think Brock’s head got chopped off or something. 😛

Upon losing this tournament, Sam chopped himself in half: 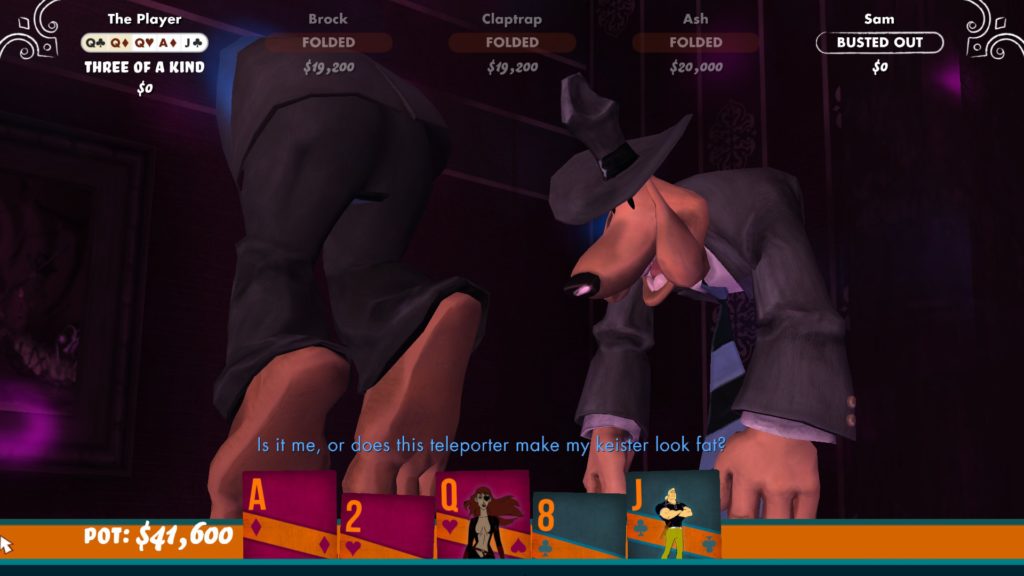 I used the Inventory tokens to buy some decks, table felts and poker chips after winning a couple of tournaments. So far I managed to win Claptrap’s bounty item which has a Handsome Jack-esque mask for the Spy in Team Fortress 2. I also completed two Poker Night table sets which are Borderlands and the Venture Bros.: 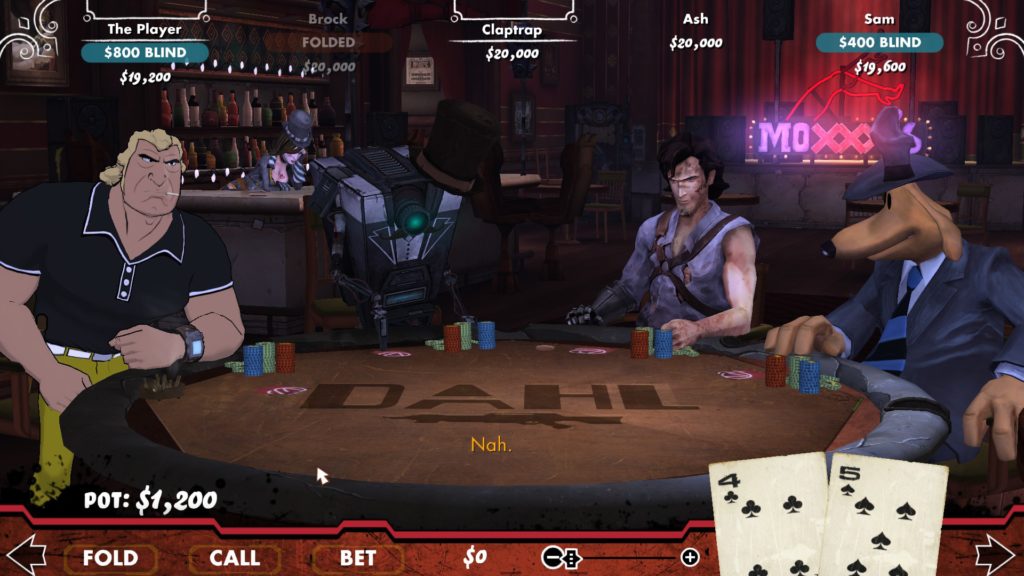 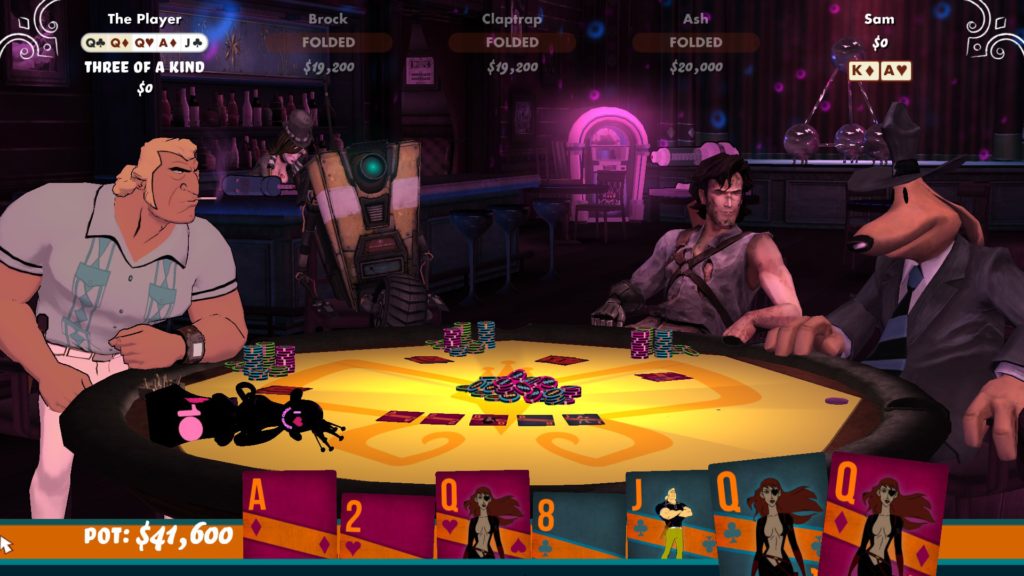 The new stuff looks nice, free stuff is even better. 🙂