Some Awesome Fun with Pokemans Diamant

I downloaded a Nintendo DS emulator from the website called DeSmuME the other night, and I also downloaded some ROMs that include Mario Kart DS, Pokemon Diamond & Pearl, etc. 🙂

I decided to test out the emulator by going on a quest in Pokemon Diamond: 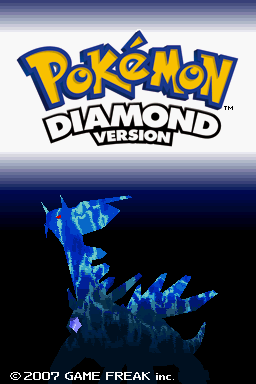 It’s a game where you play as either Lucas or Dawn and you set out on a journey to catch new species of Pokemon from the 4th generation and the other three generations back, talk to people especially the ones who give you special items, and battle against other trainers and gym leaders. So far not only have I caught a bunch of Pokemon, I also managed to defeat the first two gym leaders which are Roark and Gardenia: 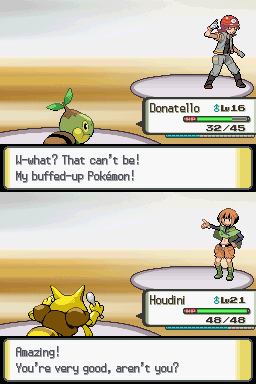 I even stumped the two female Team Galactic commanders known as Mars and Jupiter: 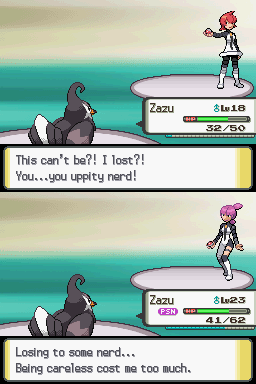 I’d say this is a really fun Pokemon game for me. Oh, and what I like about this game are really cool 3D graphics, and new Technical Machines (or TMs for short) that contain some moves that I haven’t even heard of before such as Stone Edge and U-Turn. 🙂