Greetings, ladies and gentlemen. I’m not dead yet! I decided to take a long break from my secret headquarters to focus on real life. Anyways, here are some more cat pics: 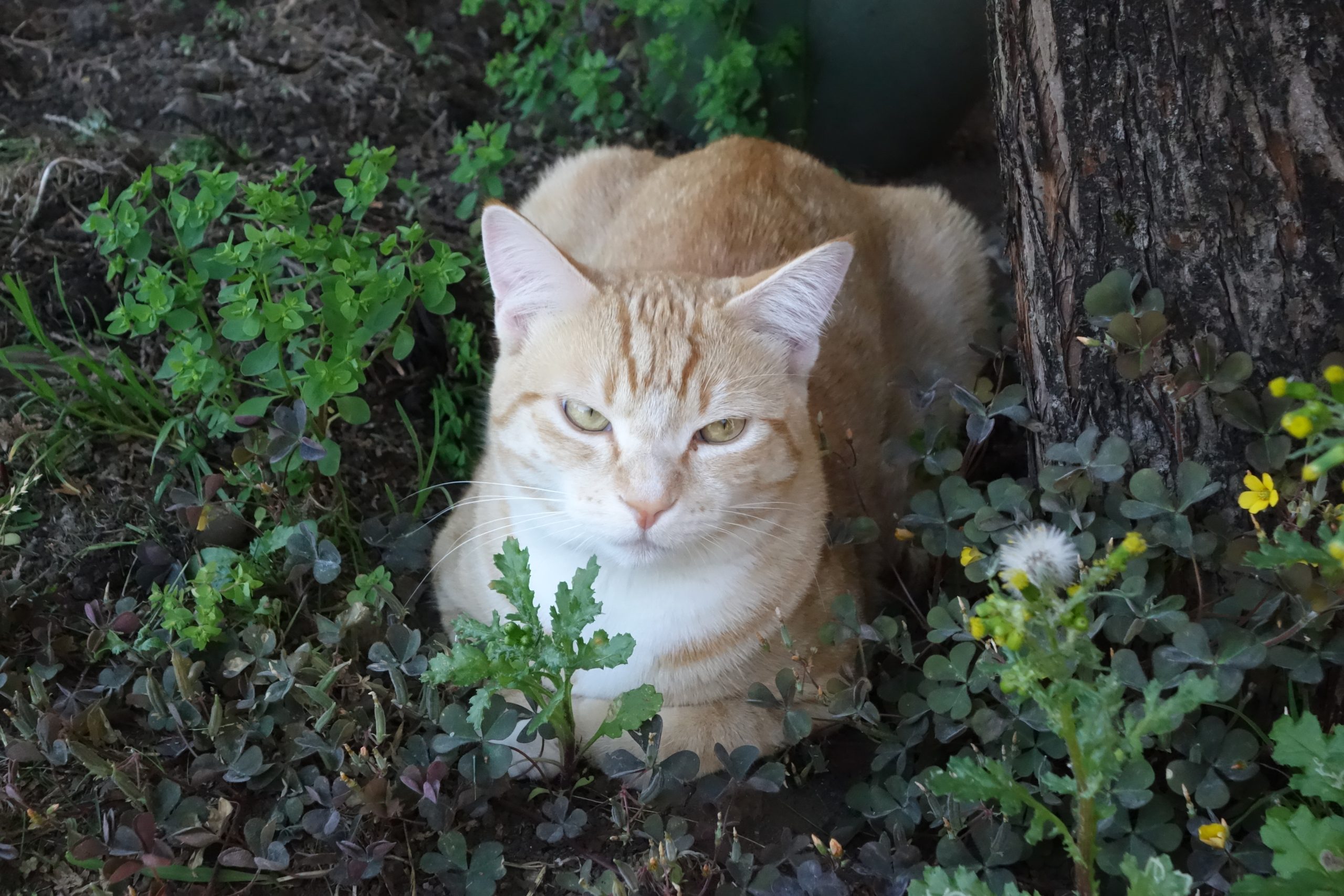 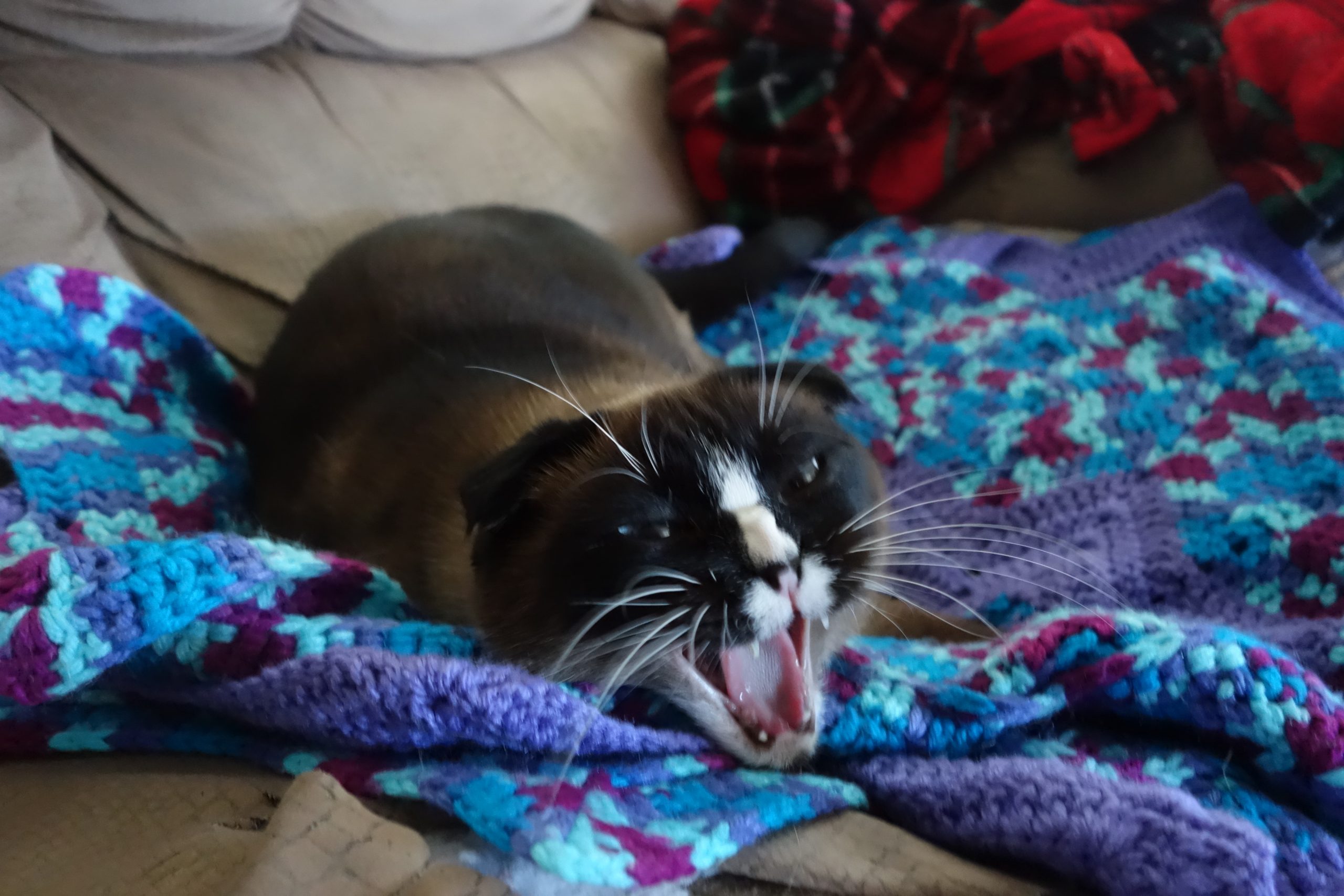 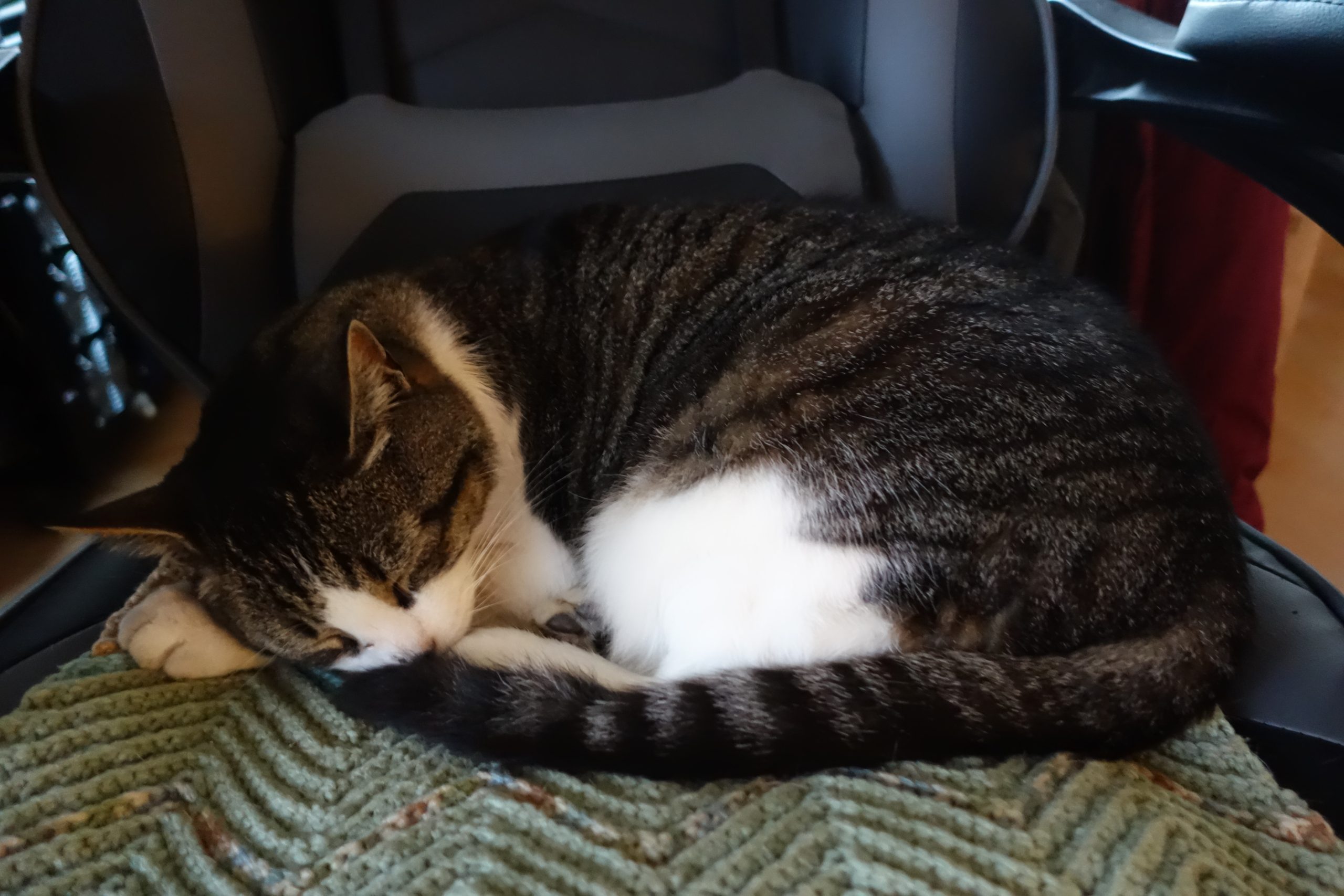 I’ve been taking more cute cat photos of Stewie, Morty and Chuckie lately. Here are pictures of them: 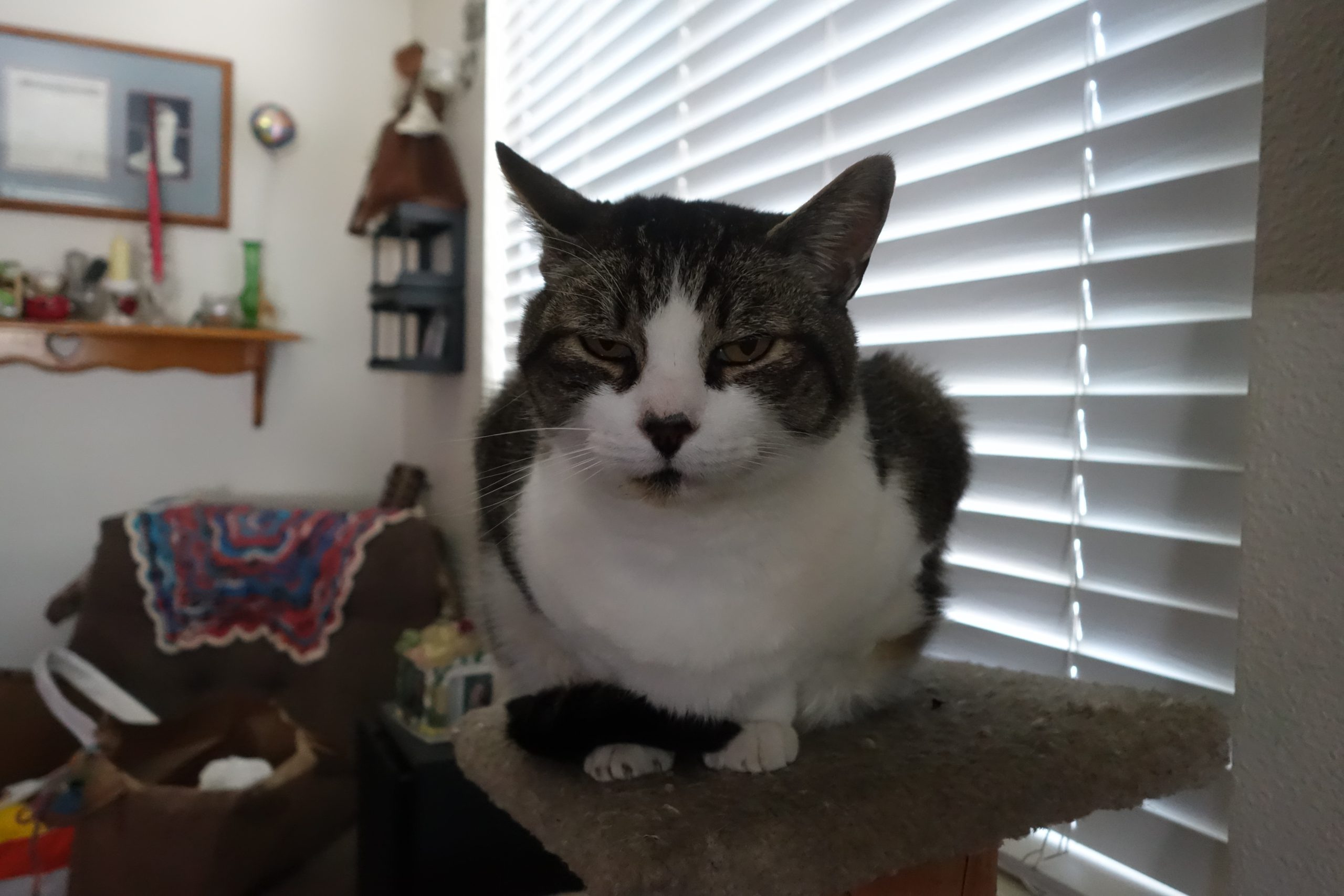 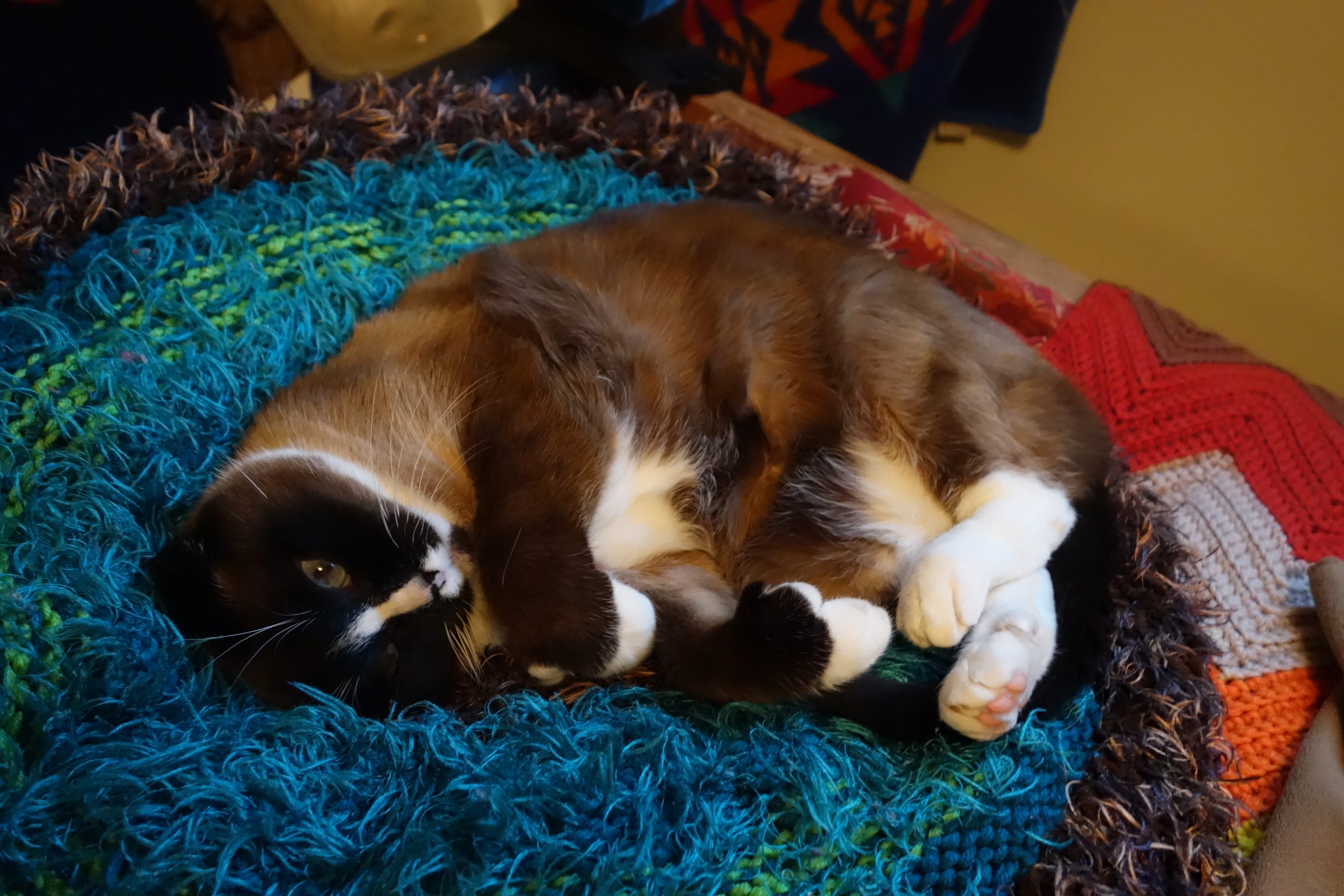 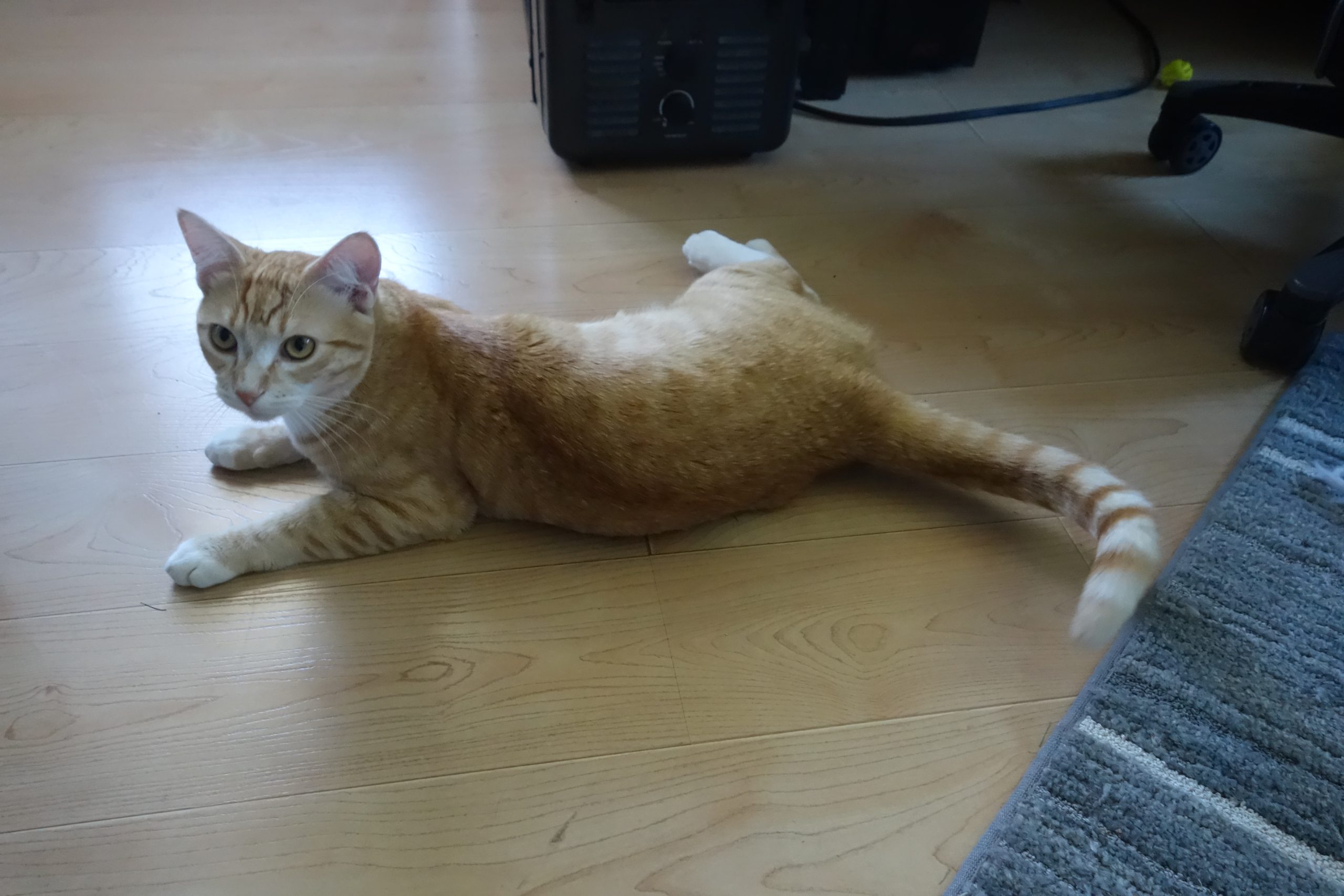 They sure look extremely adorable alright. 🙂

Yesterday I was in the middle of getting myself ready for work when suddenly I caught Chuckie trying to make his way to the kitchen sink: 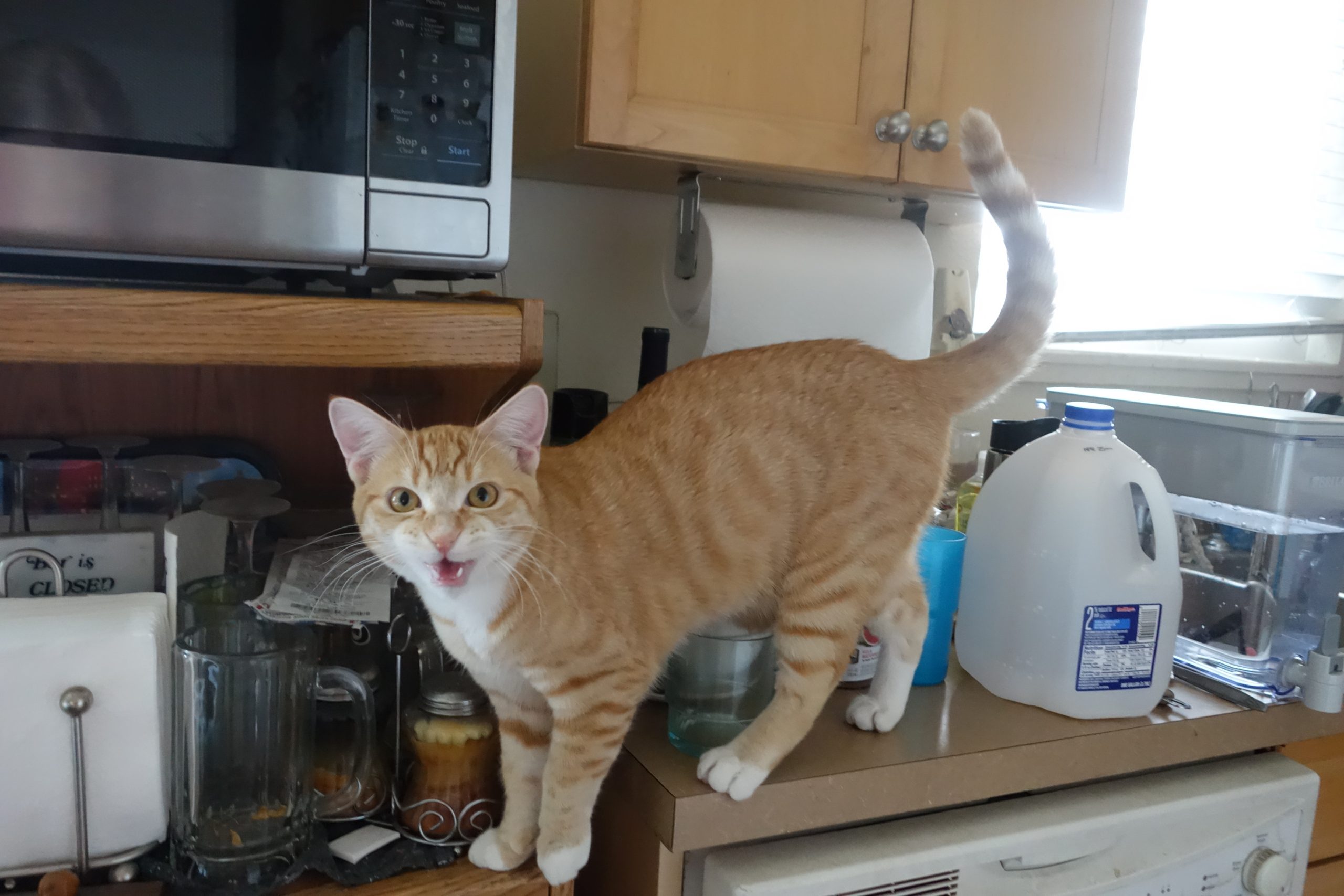 At least no dishes were broken after this adorable incident. 😛 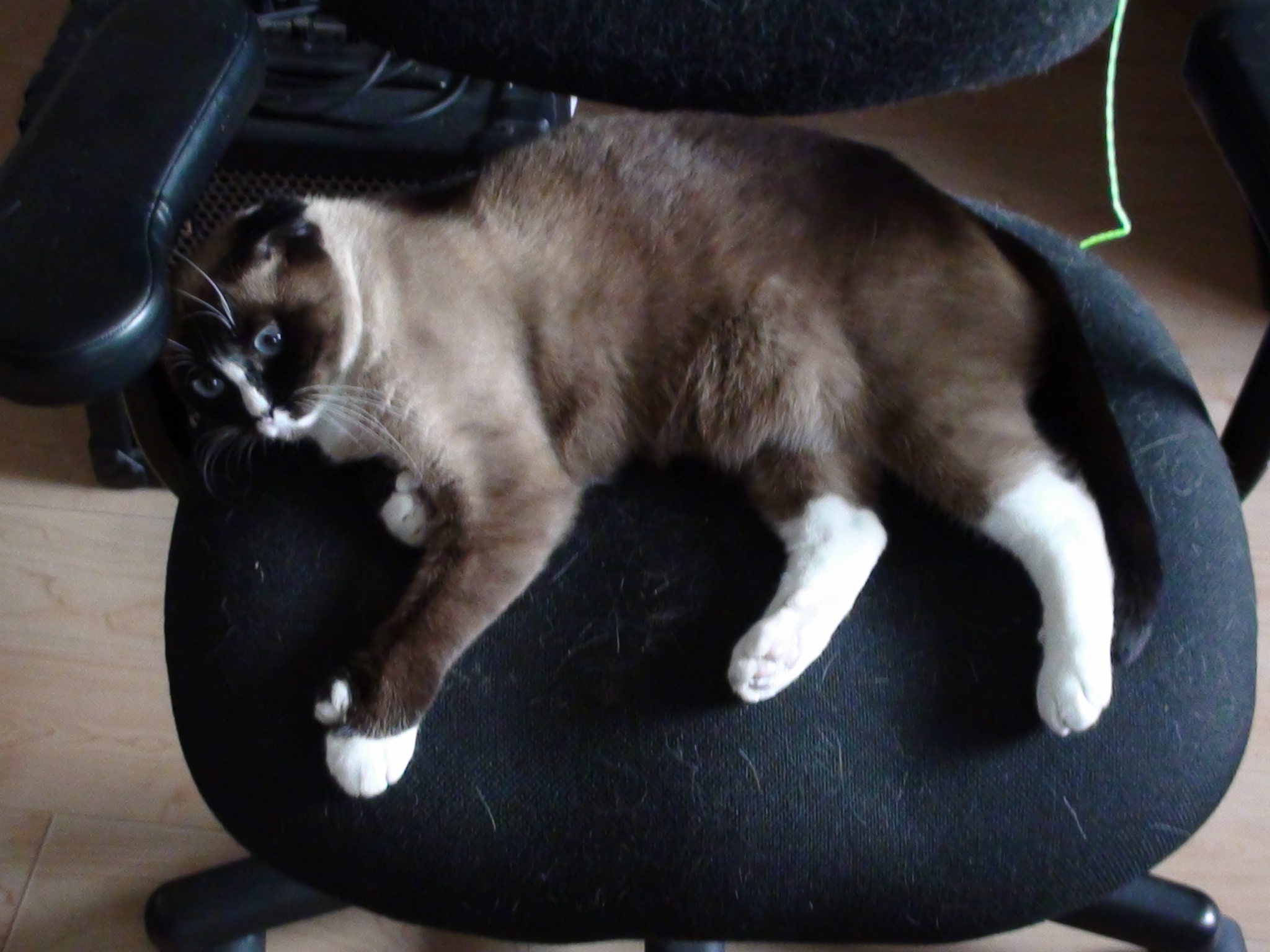 I was going through my camcorder, and I forgot about putting up these pictures of Morty last year. He was just chillaxin’ on the computer chair: 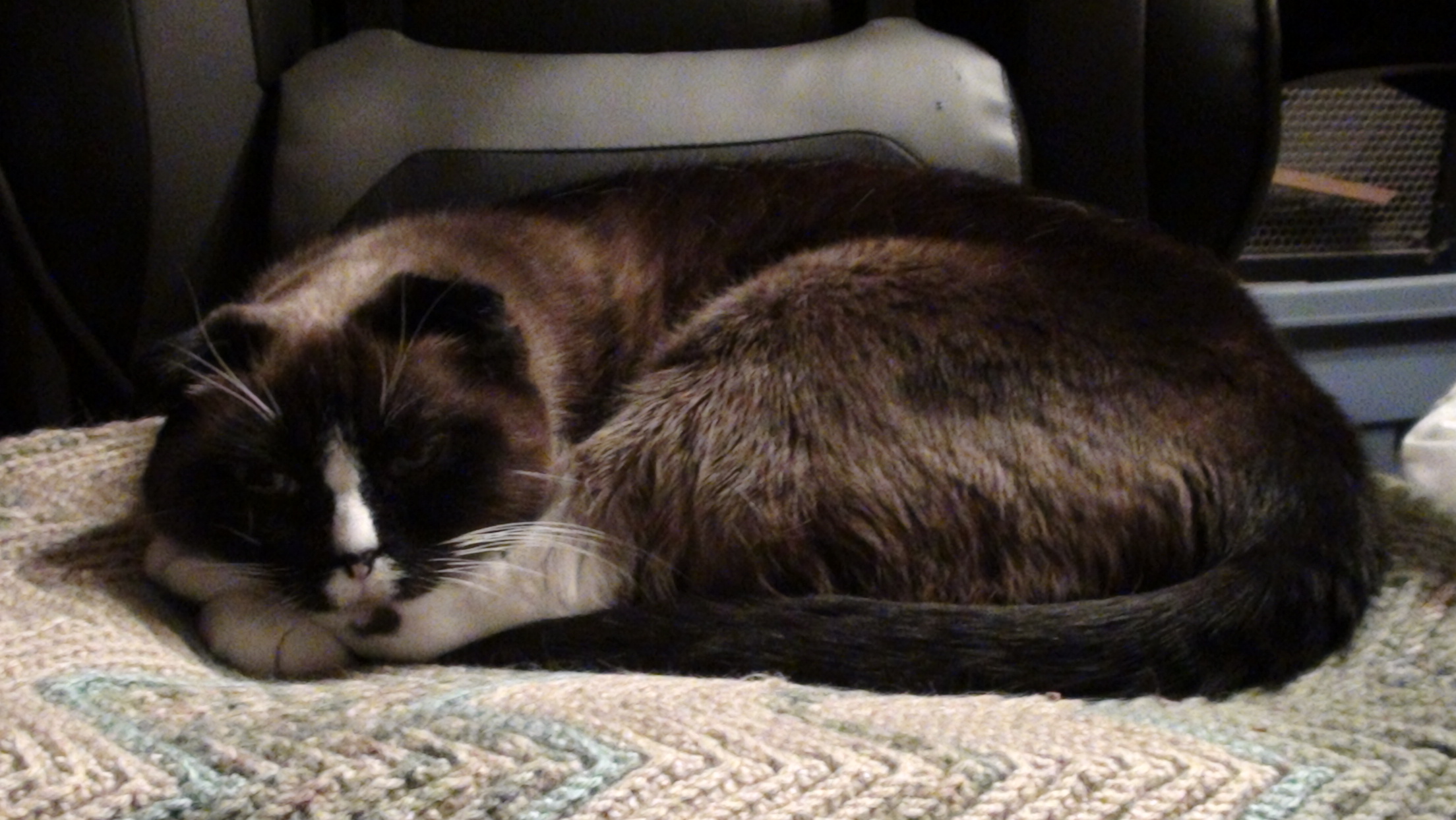 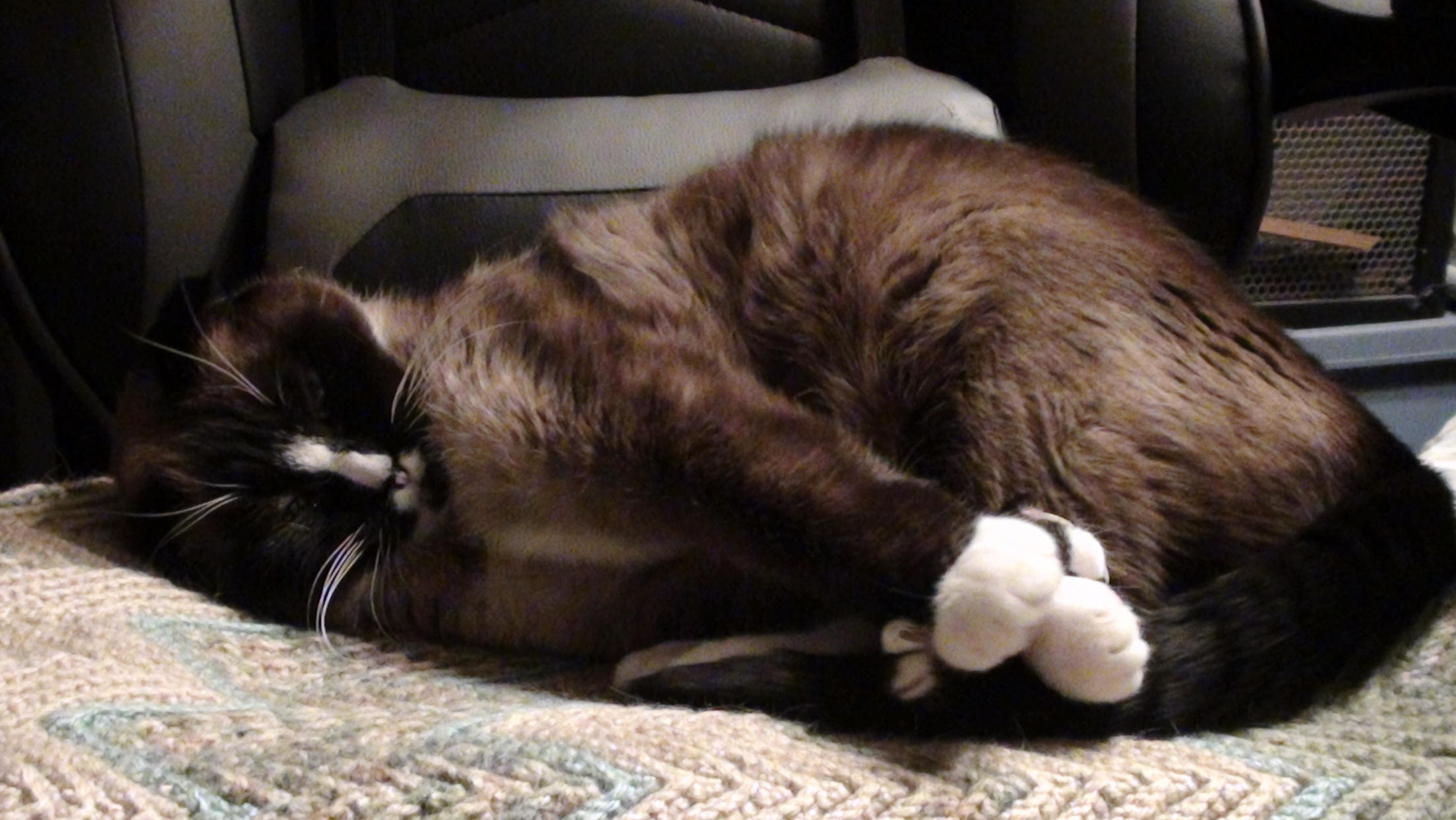 And here’s a picture of Morty’s little nephew Chuckie, who was camping out in the downstairs bathroom: 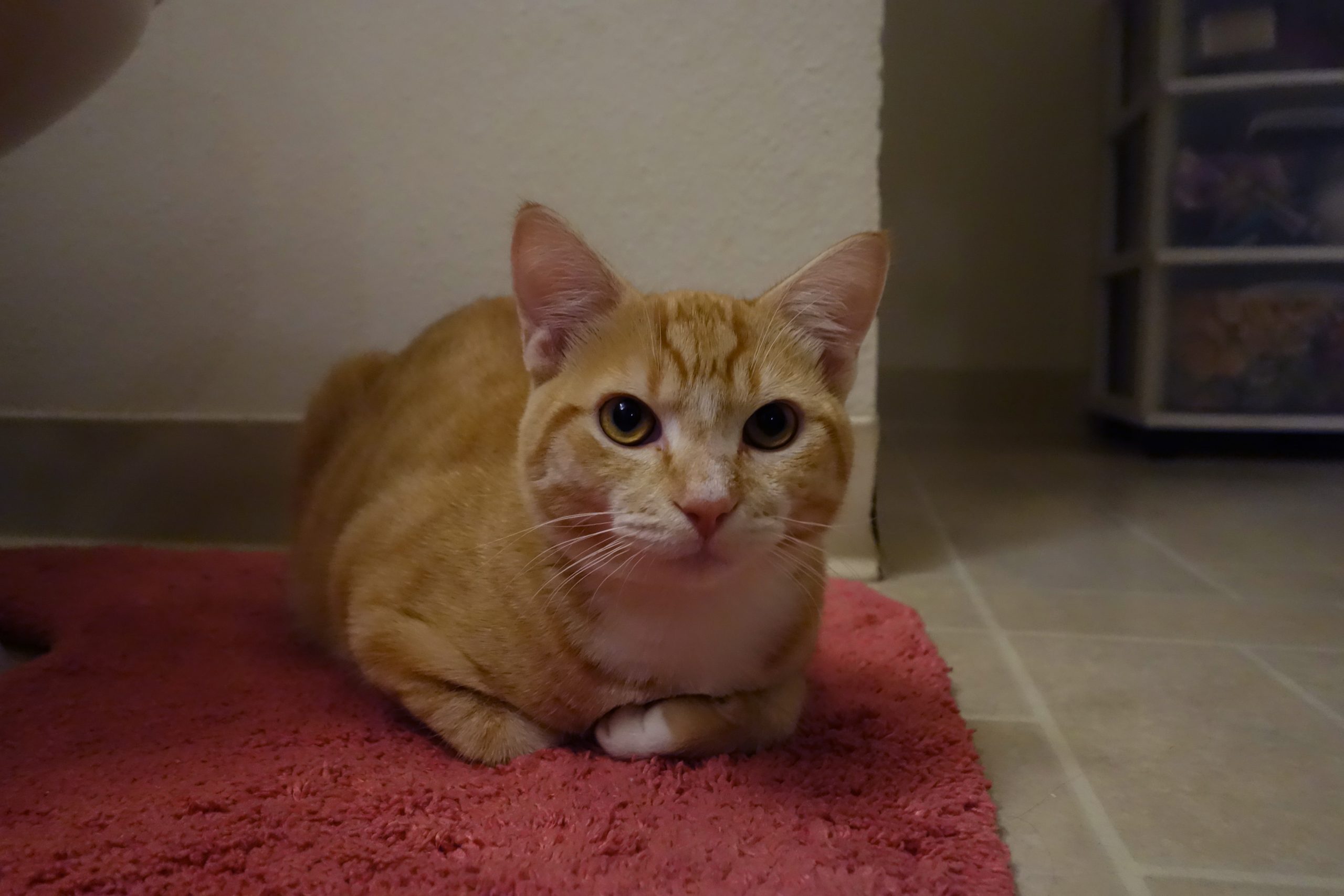 Chuckie really likes to play with water whenever I get done taking my shower, brushing my teeth, etc. 😛 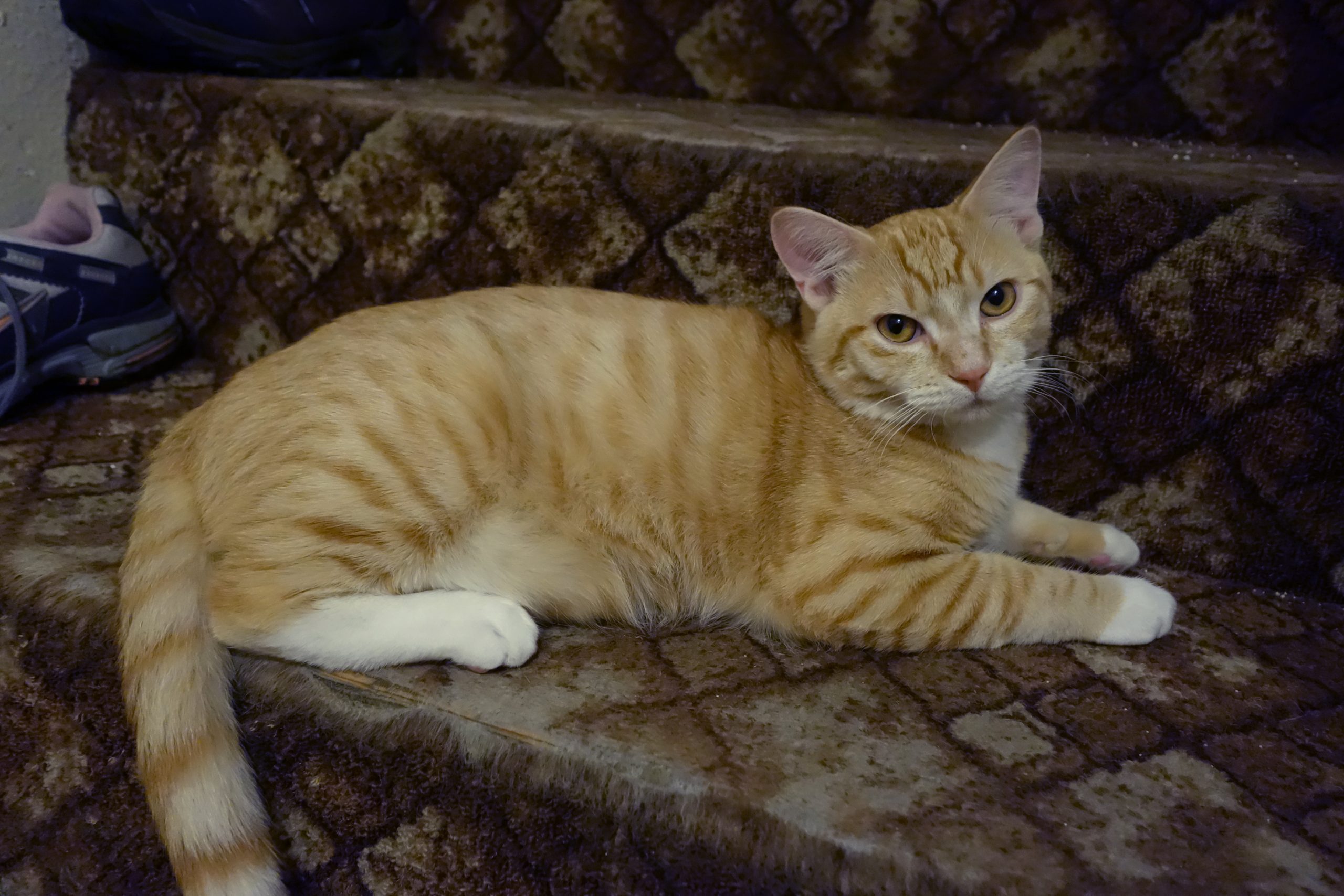 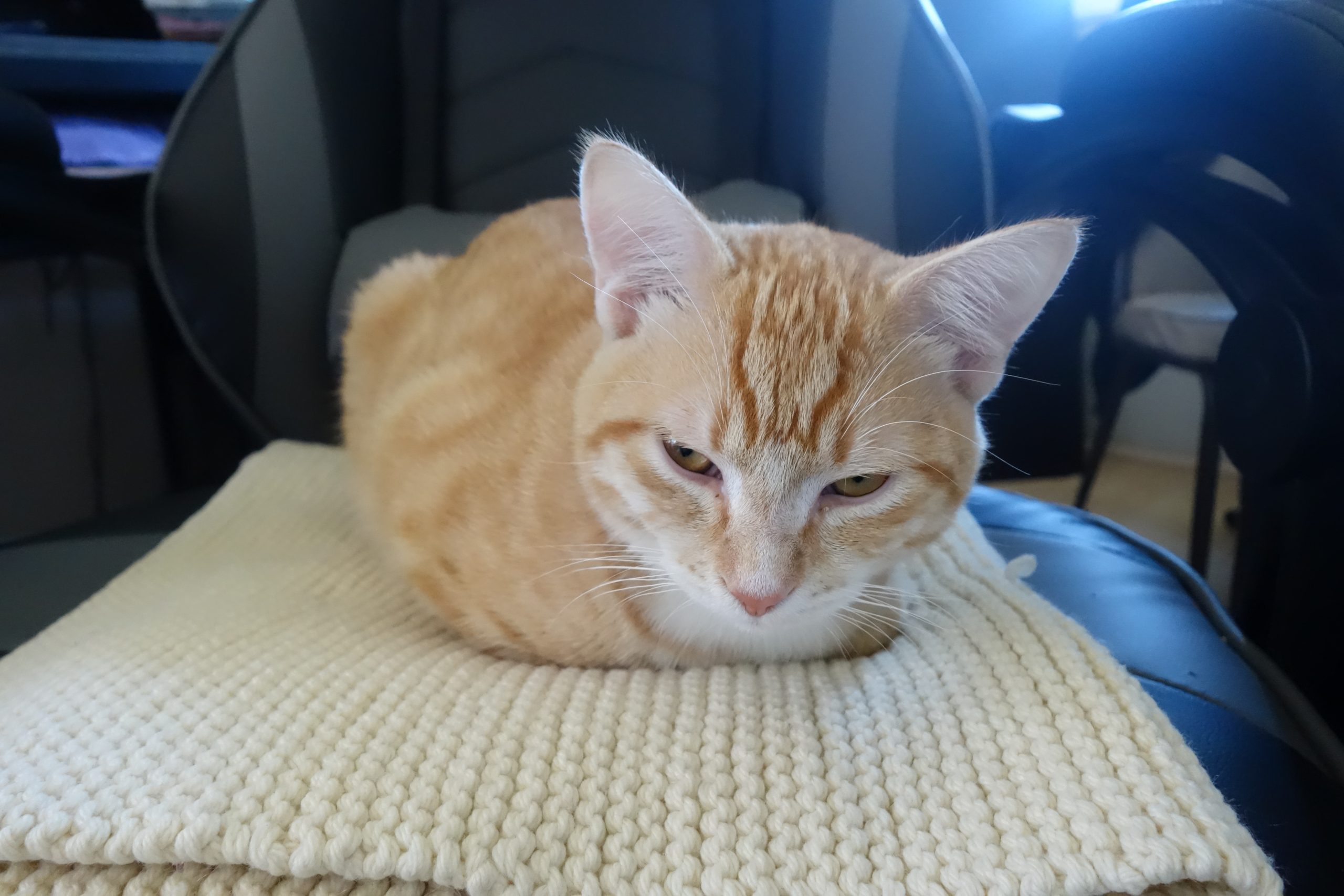 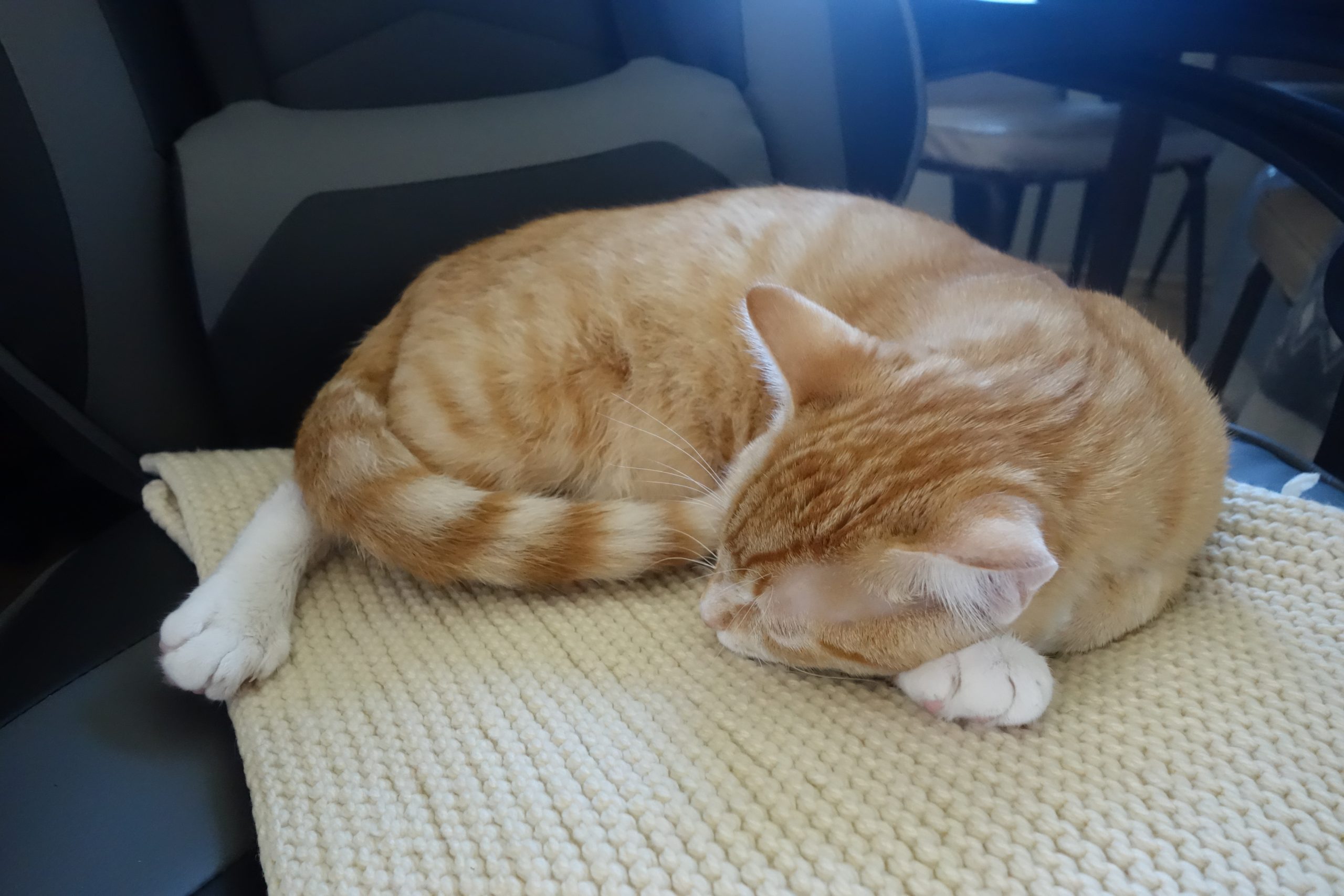 In other news: Chuckie has been recovering after being neutered during his first visit to the vet’s office. He wasn’t feeling well for the first day (as pictured above) but he’s doing much better on day four (as pictured below!). 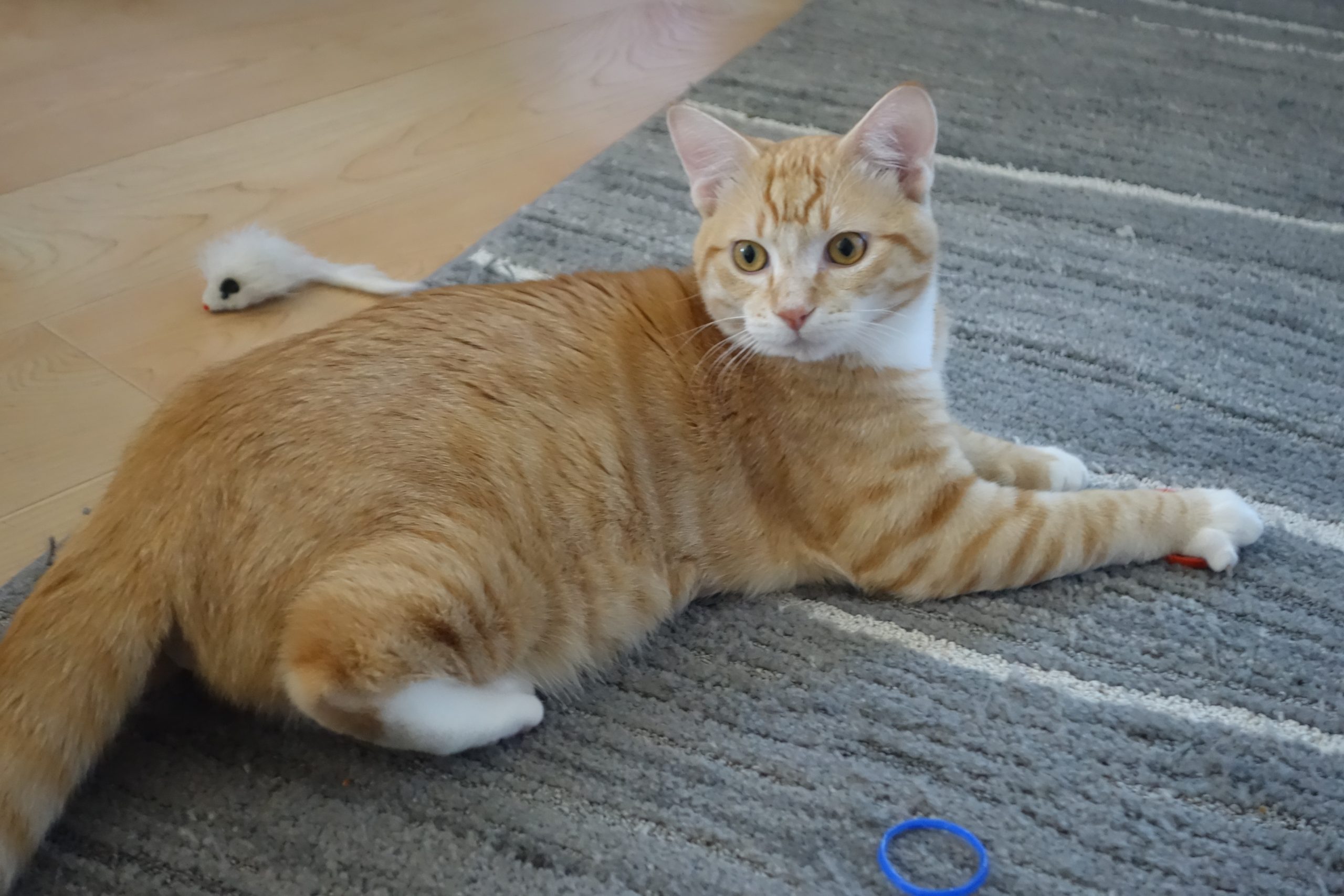 Now he’s feeling much calmer and still a handsome little guy, just like his Uncle Morty. 😛

I’ve been going through some old cat pics that my father took, and here are a few pictures of three cats that we adopted many years ago: 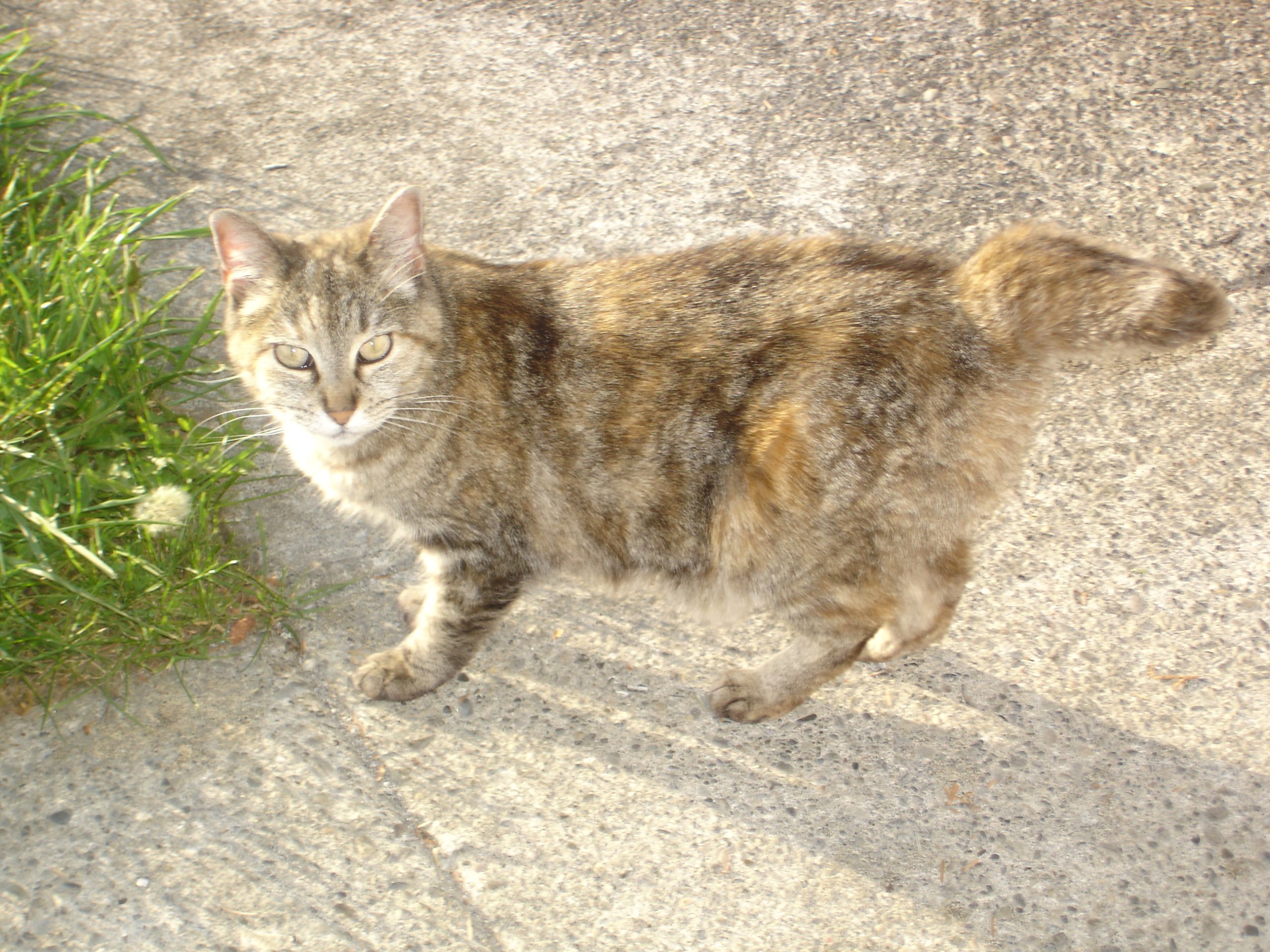 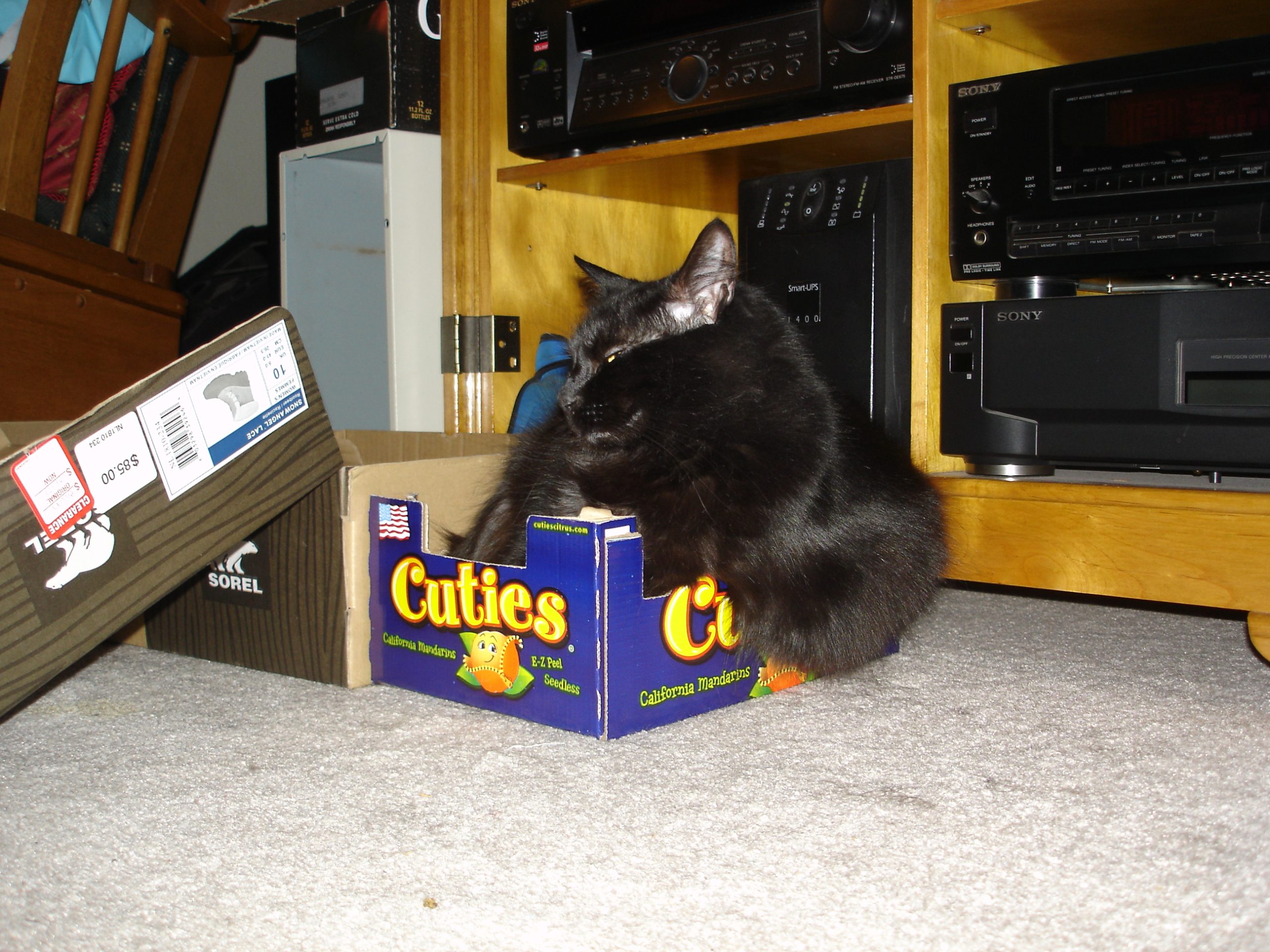 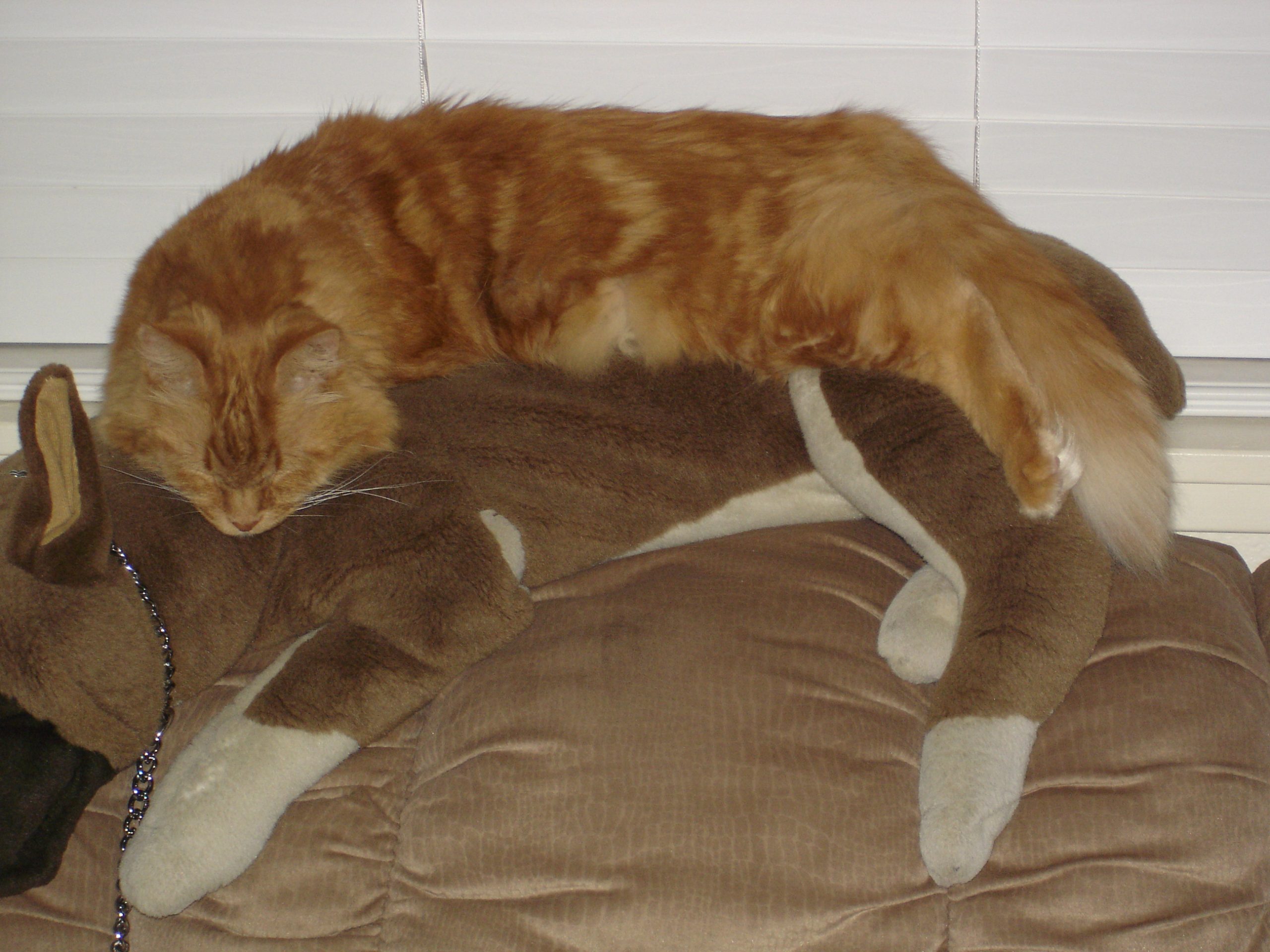 They were rescued from an animal hoarder who had committed suicide in 2007. A friend of ours contacted us trying to find homes for the cats and dogs, so we adopted three cats. Unfortunately they all passed years ago: Tommy (orange kitty) died in 2008, Bobbi (Manx kitty) died in 2013, and Sammy (black kitty) died in 2014. I haven’t seen the pictures in years and it’s good to see them again. They were all good kitties and dearly missed. 😭 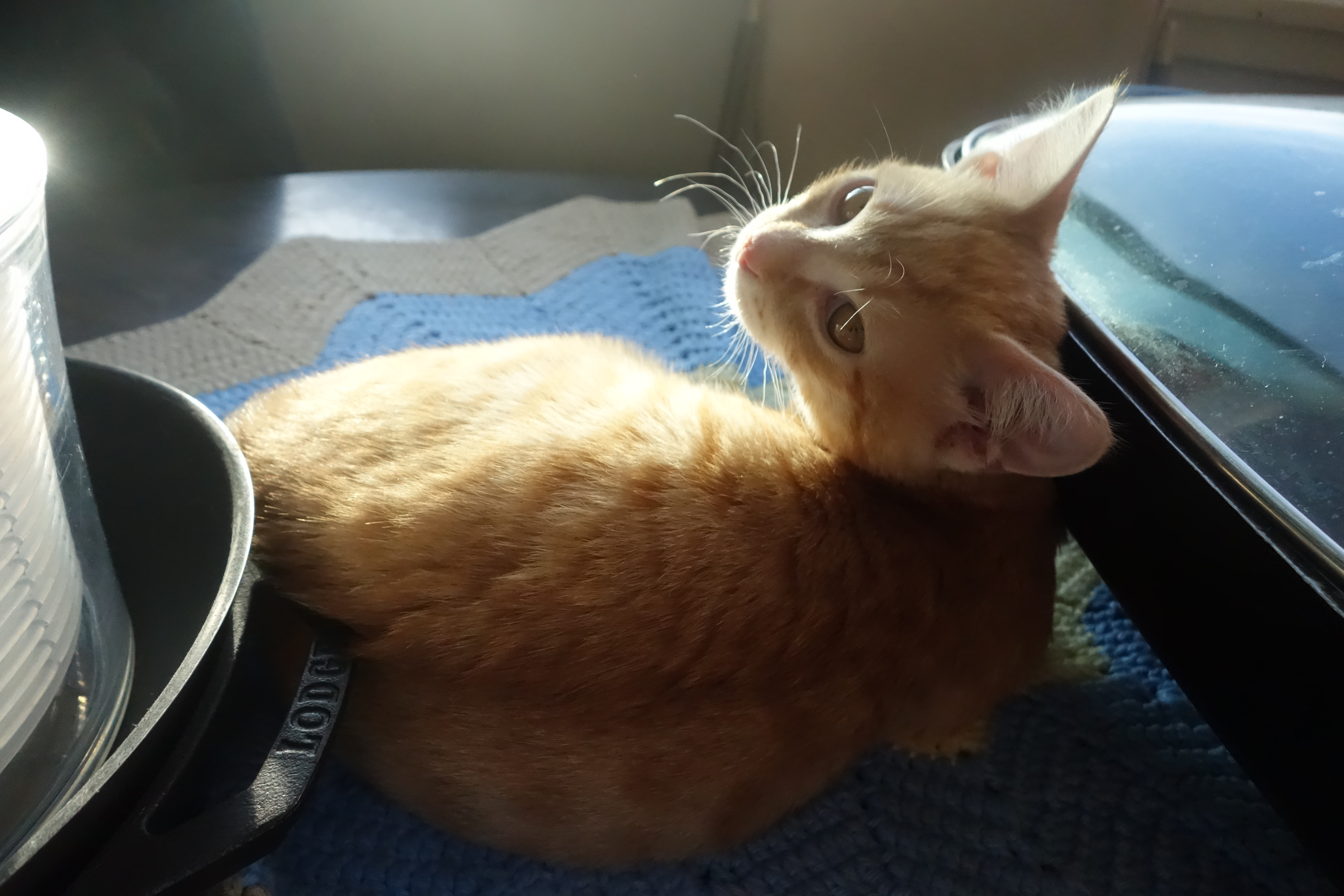 Yesterday I was spying on Chuckie as I snap some cute photos of him on the kitchen table: 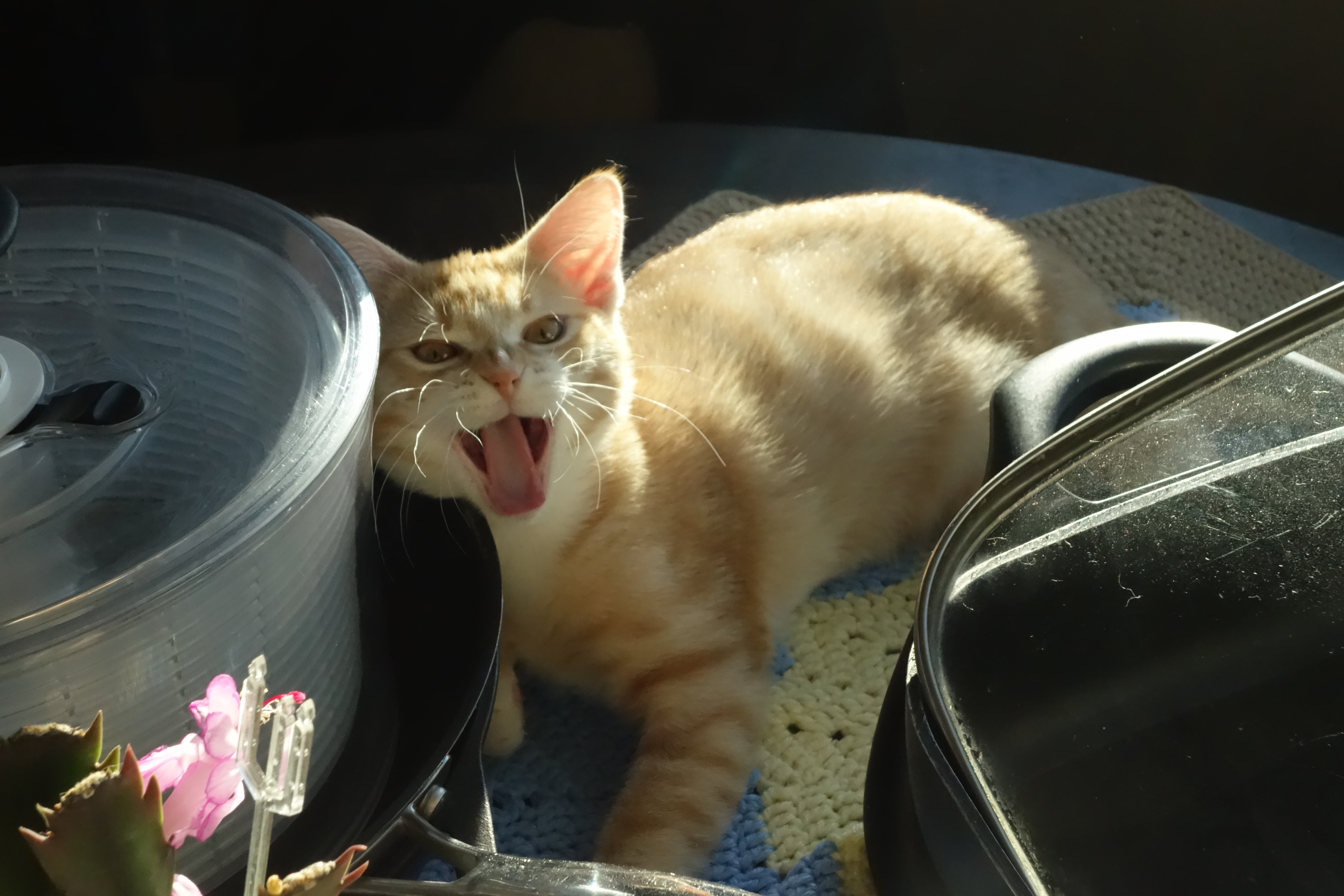 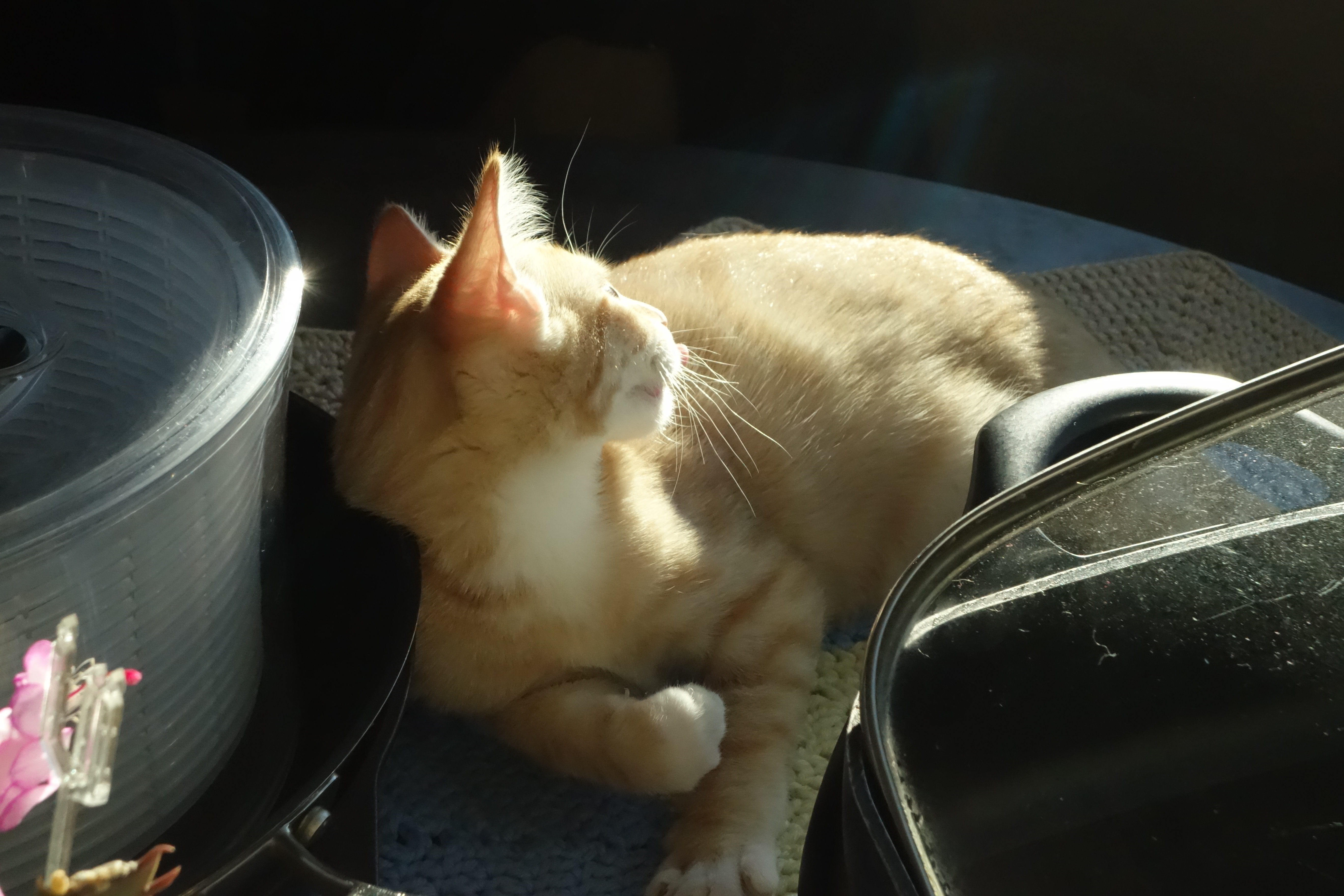 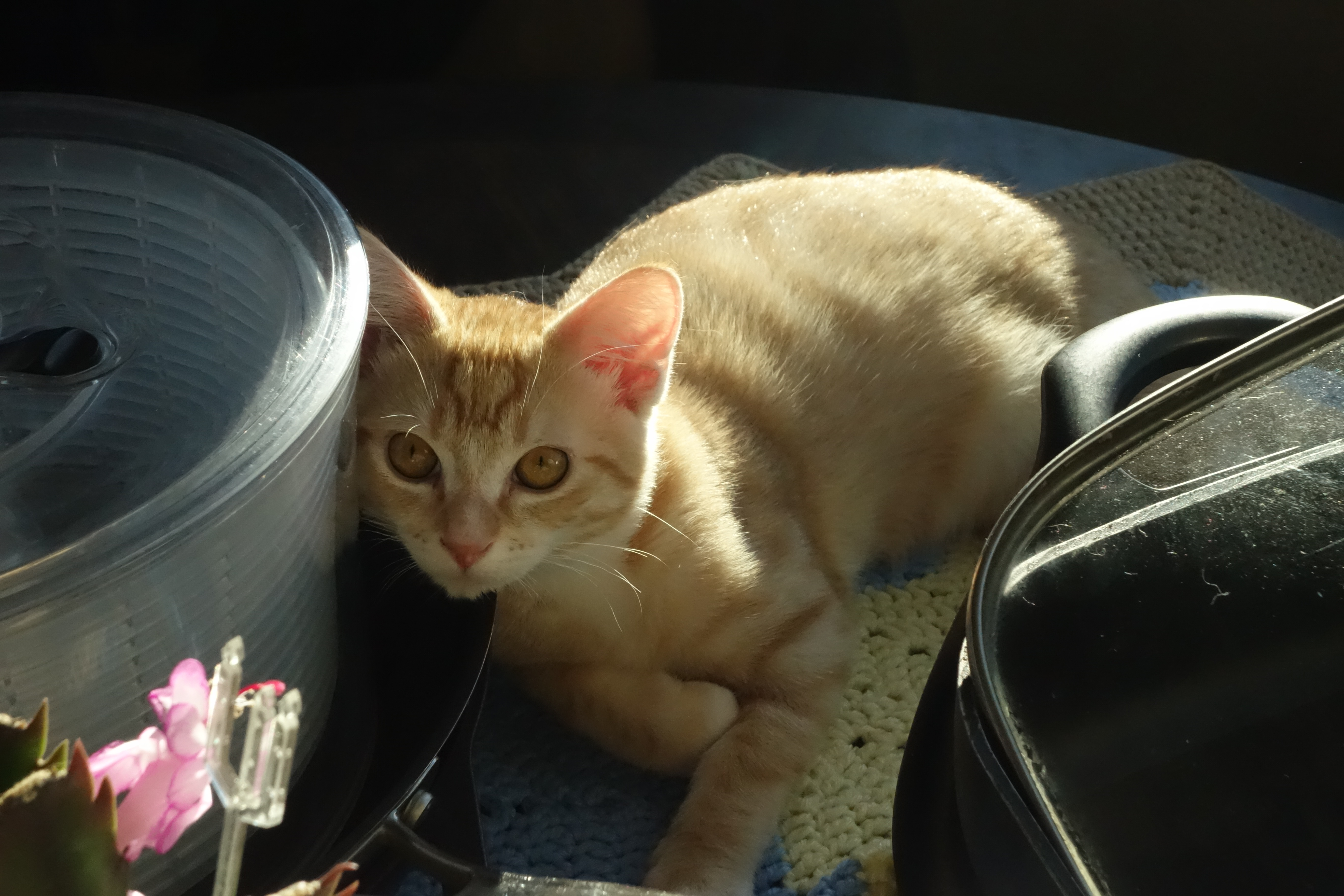