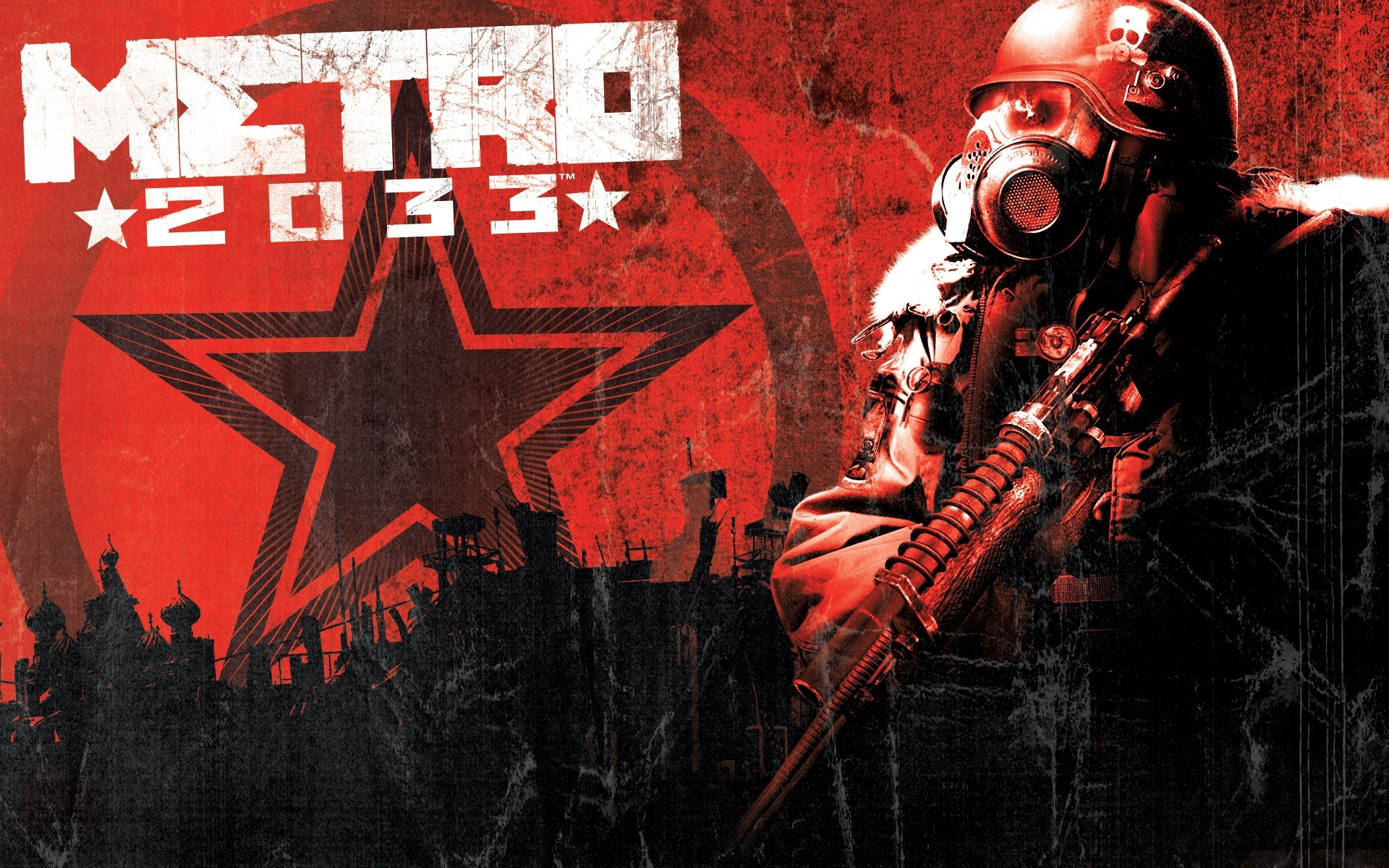 Last night I played a game that I have never touched, and that is Metro 2033. It’s a first-person shooter survival horror video game where you play as Artyom, a guy who must defeat an evil mutant race known as the Dark Ones, and you are fighting off a bunch of mutants, demons and enemy humans with guns. Man, I hate those gun-toting bastards with a passion. Anyway, here are a few screenshots of what the game looks like: 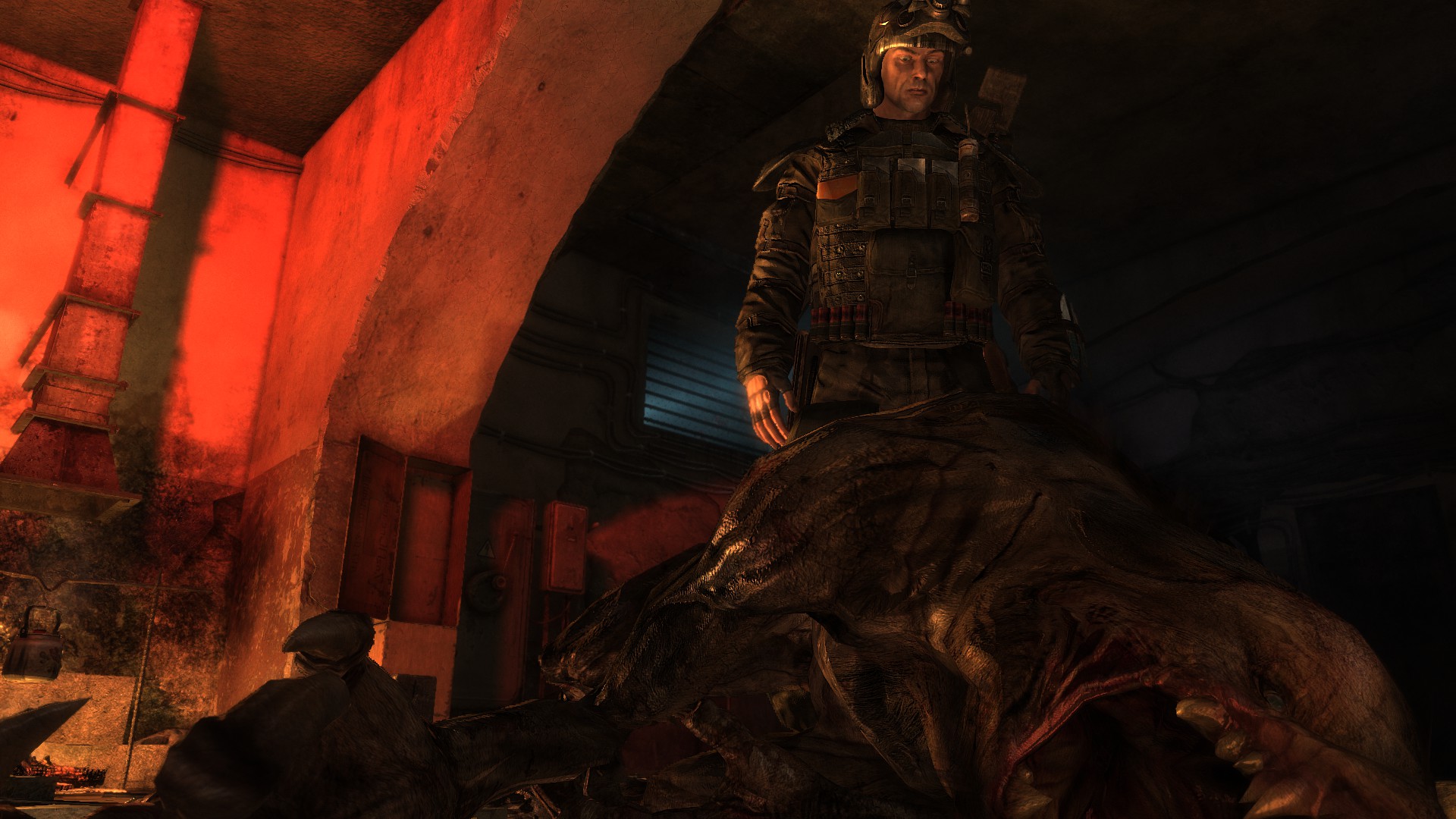 Good. Now I can make some demon stew for dinner. 😛 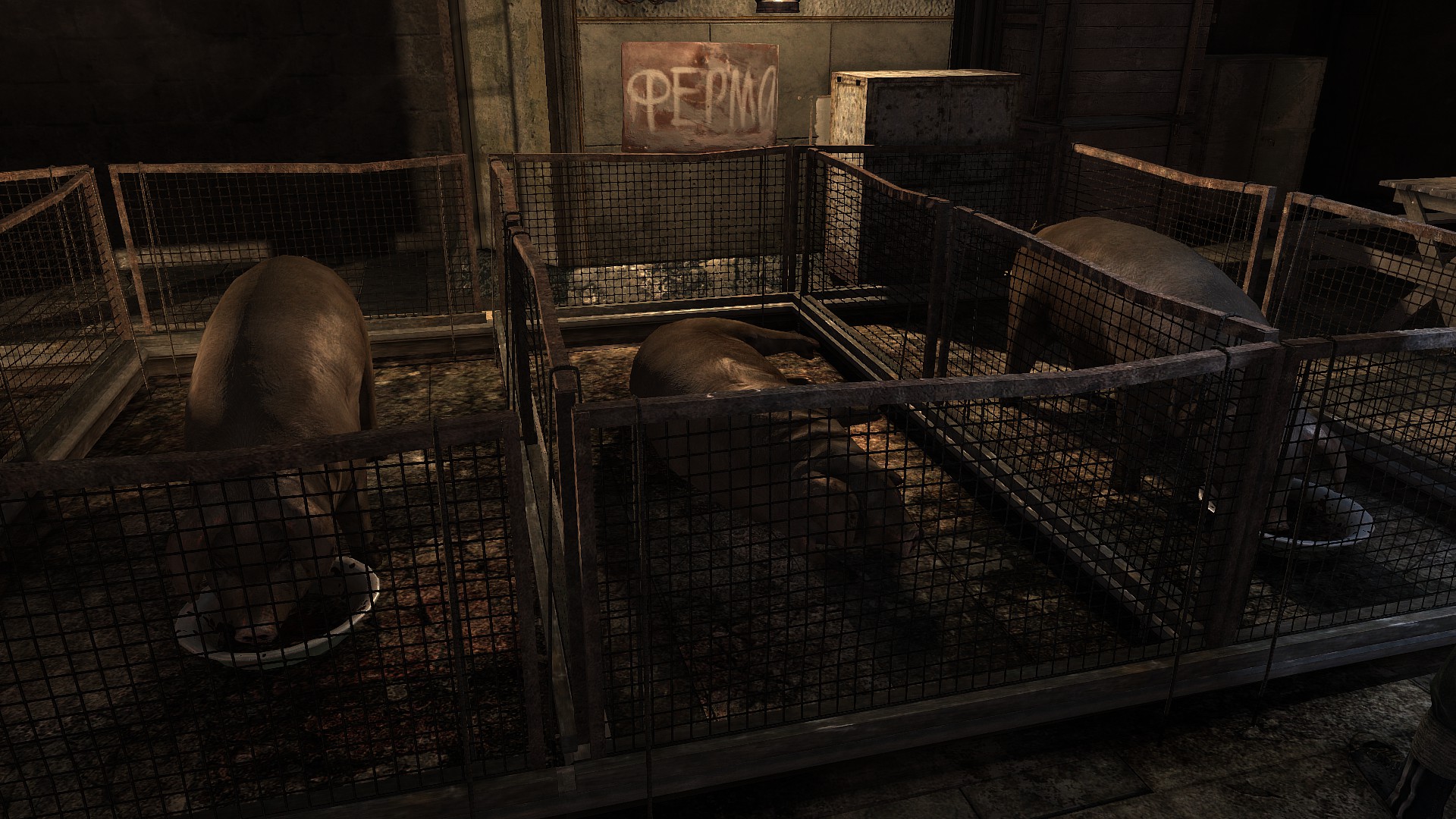 These pigs are enjoying their dinner, while one of them is rolling around in mud. Nice. 🙂

What I like about this are the traditional guns like revolvers, automatic weapons and shotguns. I also like this one cutscene that has pictures of things like the clock tower, the city, the boats out on the water, etc. It’s because it’s the coolest cutscene I have ever seen, and the reason why I like the pictures in it because they look quite nice. 🙂 So yeah, I had fun playing it but God that was brutal.