Skip to content
Home Arts and Crafts I am the night. I am… Axeman!!!

It’s been awhile since I posted a hand drawn picture. Here’s what I’ve been drawing lately: 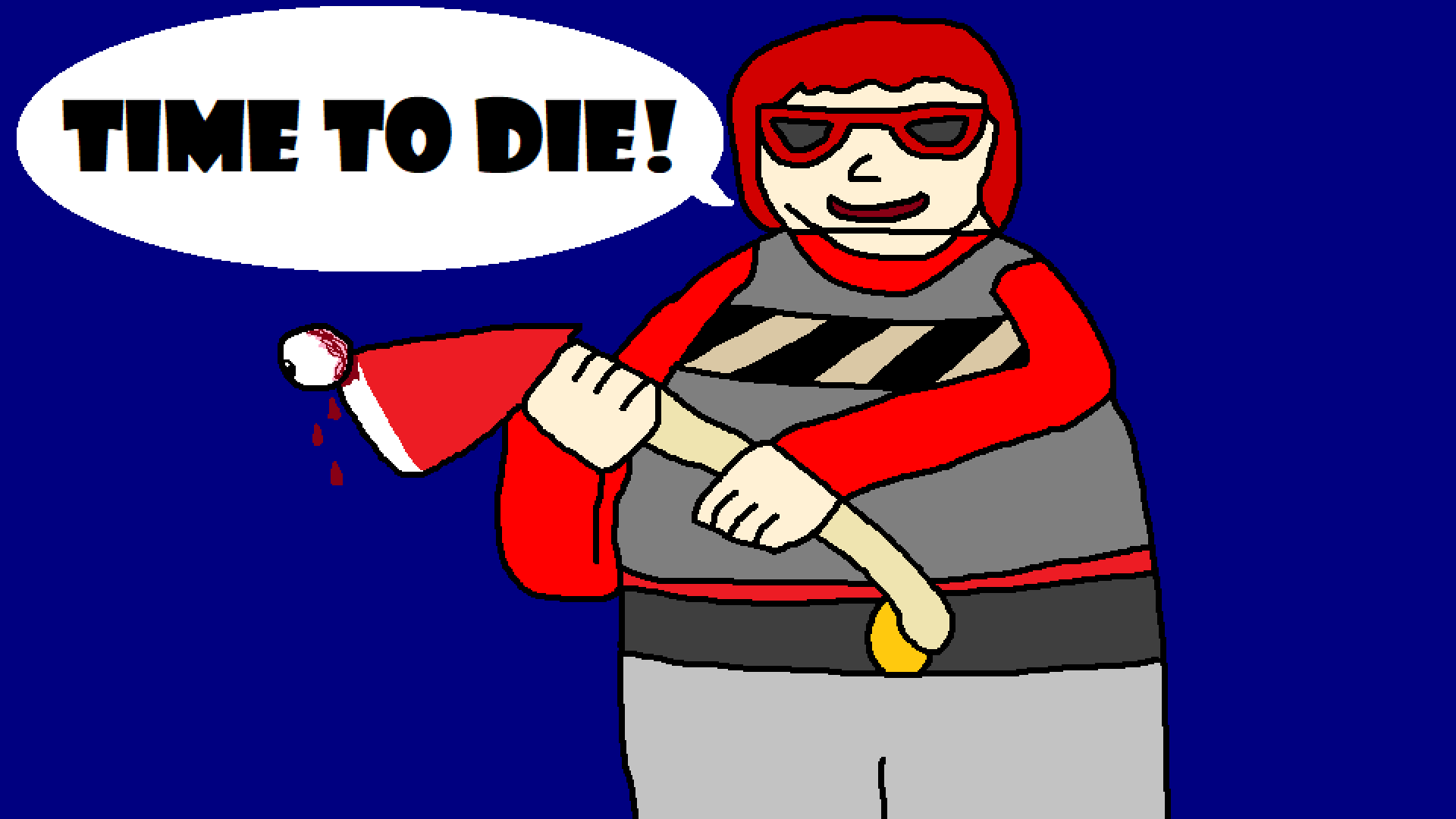 This is a picture of Officer Murdurr. He is a former police officer who wears a red shirt with a grey bullet-proof vest, he also wears a pair of crimson summer shades and hair with the same color as his shades, and has a fire axe as his melee weapon that he can use to murder his enemies. He is claimed to be my new TF2 alter ego who somehow stole some clothing for the Demoman and Heavy, and also a fire axe originally for the Pyro. 😛