Some Fun with Ultimate Card Games 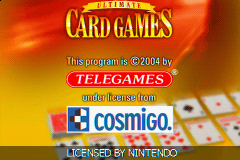 I found this GBA rom called Ultimate Card Games last year, and it looks quite similar to Hoyle Card Games. You can play up to 9 card games against your opponents which are: Hearts, Spades, Euchre, Canasta, Bridge, Cribbage, Go Fish, Gin Rummy, and Crazy Eights. 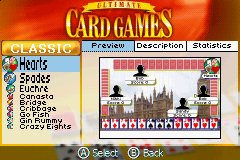 There’s also a bunch of super cool Solitaire games like Klondike, FreeCell and Aces Up. 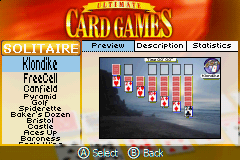 Now here’s what the gameplay of this GBA rom looks like: 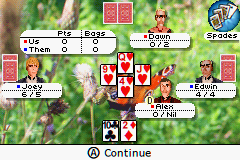 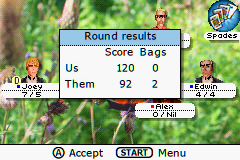 Hooray! I made my nil bid in Spades! 🙂

And what I like about this game is the Face Creator where you can make your custom characters, which I find it fascinating: 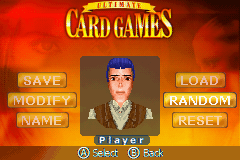 So yeah, this is one of the greatest games I’ve ever played. 🙂 Click here to download the GBA rom from DopeROMS.