I survived my nightmare shift after doing some web-based computer learning and other work stuff on a warm, sunny afternoon. I had a nicely cool shower, and then I decided to play food terrorist by combining the last of the Flamin’ Hot Nacho Doritos with some taco stuff: 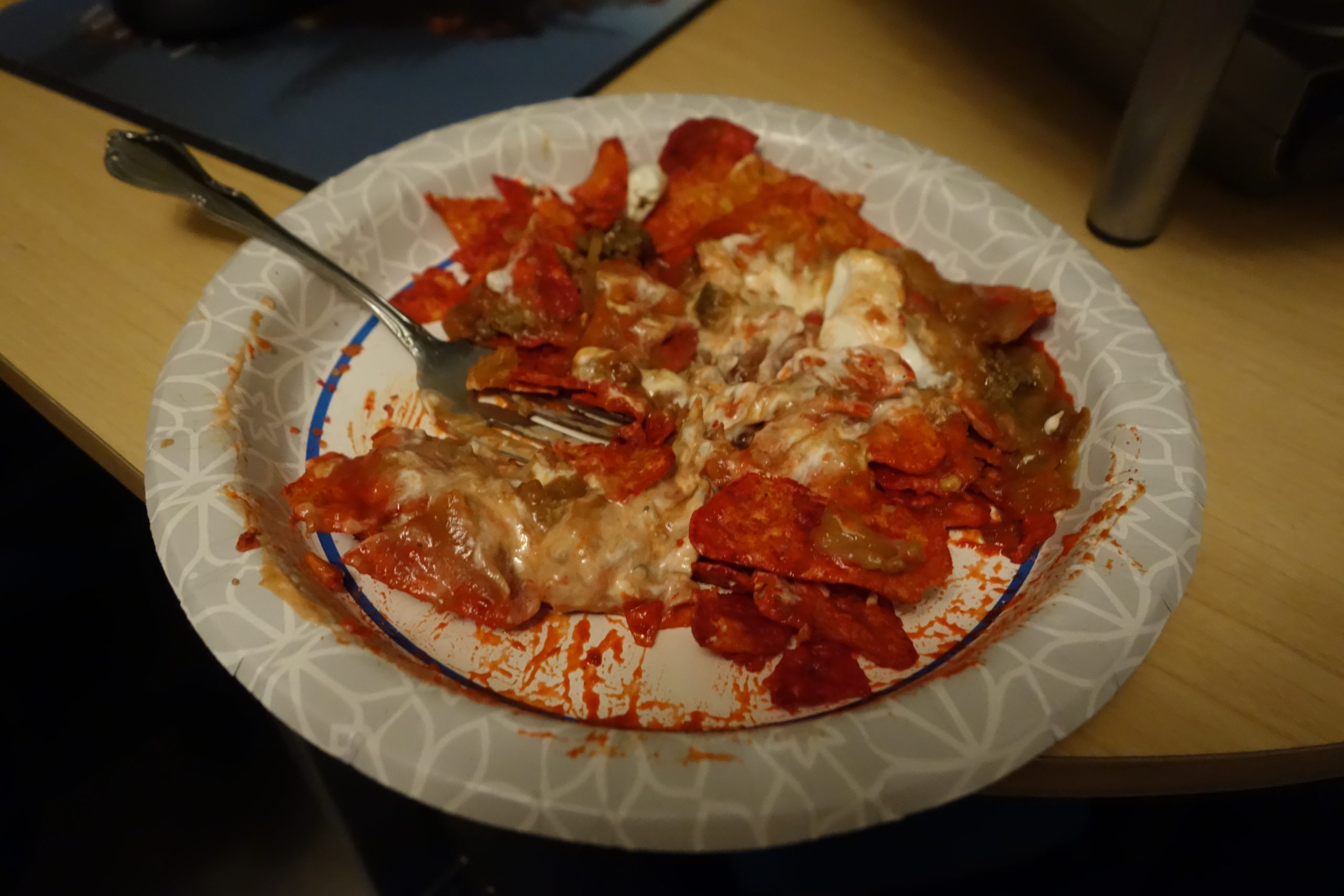 The reason why is because I’ve been watching a little bit of Rachael Ray during my break, and she was making a recipe for BBQ nachos which are nachos topped with melted cheese sauce and barbecued pork in which I find that really disgusting. 🤮

I’m still thinking long and hard about what kind of food substance that Tomala and I are going to make for dinner, Rachael Ray-style. 😛

I am thinking one of these days in the future I’ll be teaming up with my sis Tomala to focus on making something for dinner during our weekend, but this time we’re doing it the Rachael Ray way since I’m still a huge fan of that talk show just like my mother San_San. Hopefully it’s some kind of “terrorist” food that doesn’t try to kill us all or include eggplant, basil or cilantro. 😛

But in the meantime, I’ll be doing even more Bawderlandz Dos for tonight before focusing on doing the bed thing and heading on over to Dreamsville.

I’ve been watching this video from Rachael Ray that includes a disgusting Thanksgiving dinner cake since Thanksgiving is almost here:

No, thanks. I’ll just stick to eating the Thanksgiving dinner separately like everyone else.

Last night, I was watching a Rachael Ray Show clip on YouTube and I found this story on how to make classic southern Chicken & Waffles with buttermilk, blue cheese and a buffalo-whiskey sauce:

I like both chicken AND waffles but not together and oh my god, that kind of recipe makes me wanna vomit.

Last night, I was watching a YouTube clip of the Rachael Ray Show and I found this story on how to make short rib lasagna: