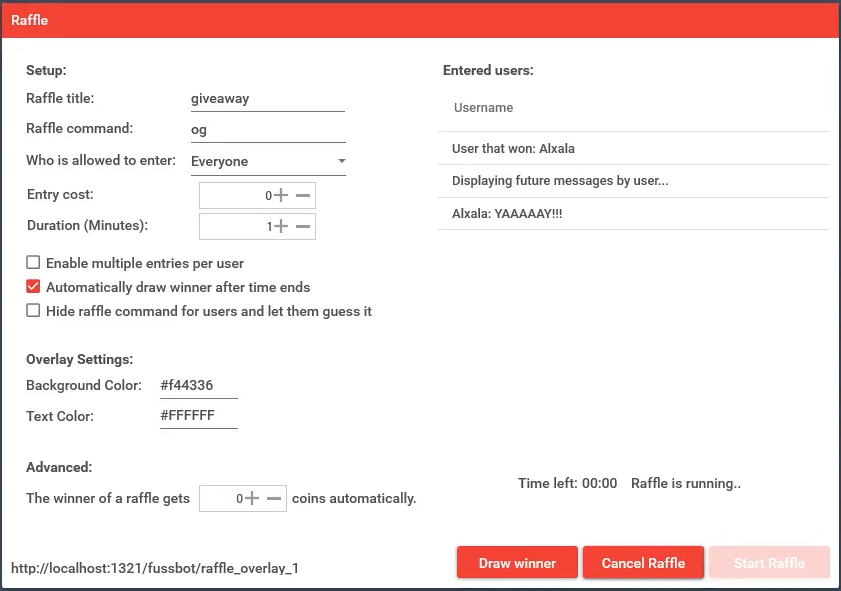 I went on YouTube this evening and some friendly gamer named Oucasted Gamer decided to put up a Steam Game Raffle Giveaway with his FussBot program on his live stream after playing some Team Fortress 2. So I joined the raffle game along with the other people, and so far I managed to win a Steam game prize, How To Survive, which I was thinking about getting it plus the sequel of the game. 🙂 Here’s a list of people that won the game prizes during the raffles. 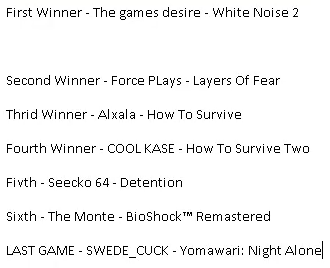 I was ranked third place in the list of Giveaway Raffle winners. The words Third and Fifth have been misspelled.

I felt so excited about my Steam game raffle win. 🙂