Once again there wasn’t much to write about, but I decided to do some more benchmarking with 3DMark on my PC while I was watching Rachael Ray earlier this afternoon just to score some achievements, and so far I have obtained three of them: One for getting a good score for my hardware, another for getting an excellent score for my hardware, and the third for running all four DirectX 12 Ultimate feature tests. 🙂 Now I’ll have to wait on getting more 3DMark achievements in another time because I found one for running a benchmark between Midnight and 6 o’ clock in the morning, and also another for running Time Spy Extreme on New Year’s Day in which I somehow missed that achievement this year because I got sidetracked by chores and real life.

Oh well, guess I’ll wait ’til next year to get that ‘New Year’s Resolution’ achievement I’m hoping for.

I’m getting too sleepy to think of something to post for tonight other than I played around some more Borderlands 2 after receiving some new weaponry and a bunch of new vehicle customization skins for myself. 🙂 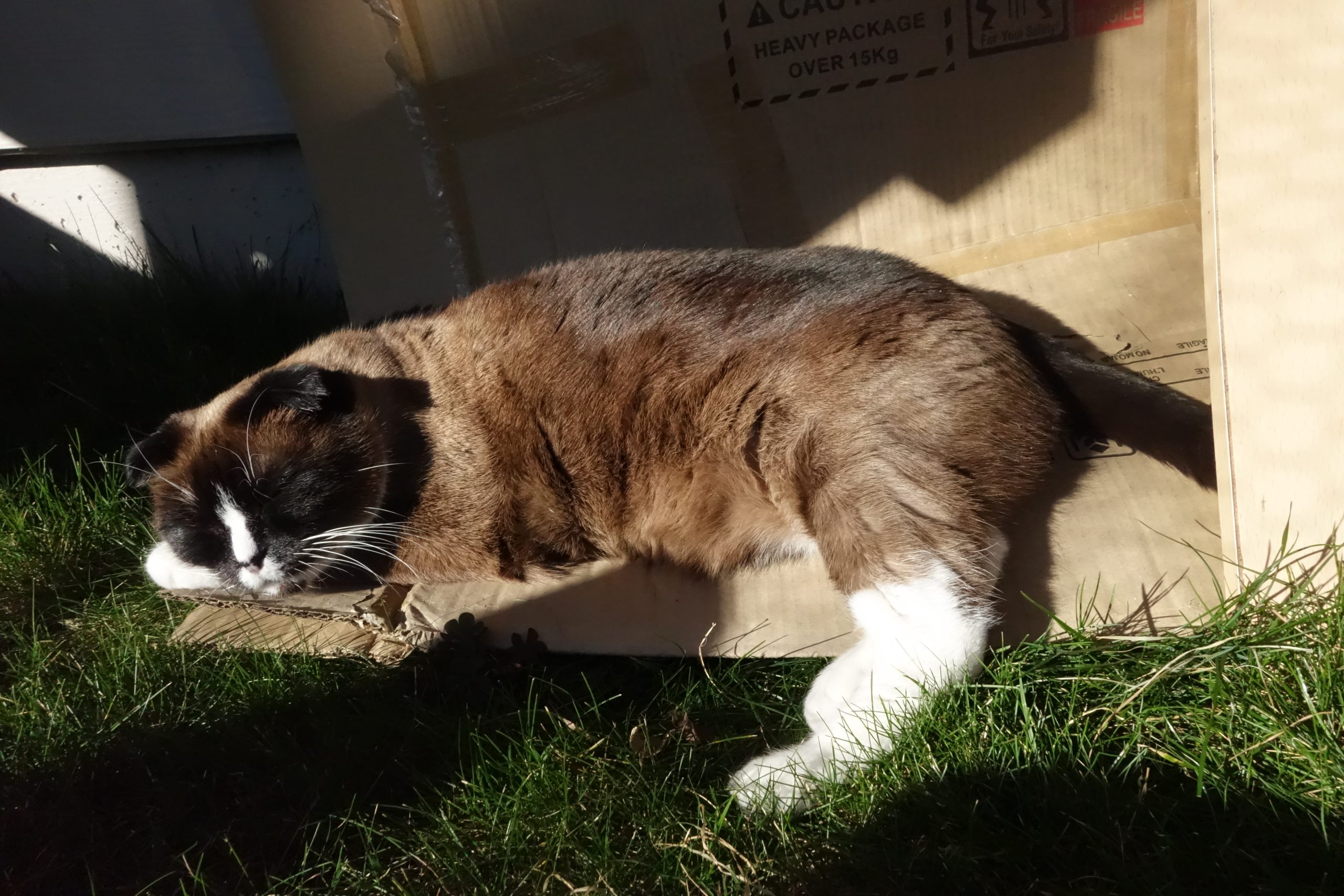 Snapped a photo that I took yesterday of this handsome little guy who’s outside hiding under the stairs.

I’ve been toying around with Adobe Illustrator and Krita lately, and I decided to work on my art project that includes Mortal Kombat:

Now I’m at the point where I’m thinking about what else I can draw for my next art project, but this time it’ll be something completely different.

I am thinking one of these days in the future I’ll be teaming up with my sis Tomala to focus on making something for dinner during our weekend, but this time we’re doing it the Rachael Ray way since I’m still a huge fan of that talk show just like my mother San_San. Hopefully it’s some kind of “terrorist” food that doesn’t try to kill us all or include eggplant, basil or cilantro. 😛

But in the meantime, I’ll be doing even more Bawderlandz Dos for tonight before focusing on doing the bed thing and heading on over to Dreamsville.

I was going to put these pics of Chuckie up on my blog yesterday but I got distracted by work in which they wanted me to pick an afternoon shift which almost leads to a turn and burn today. Anyways, here are some pics of the little handsome orange furball: 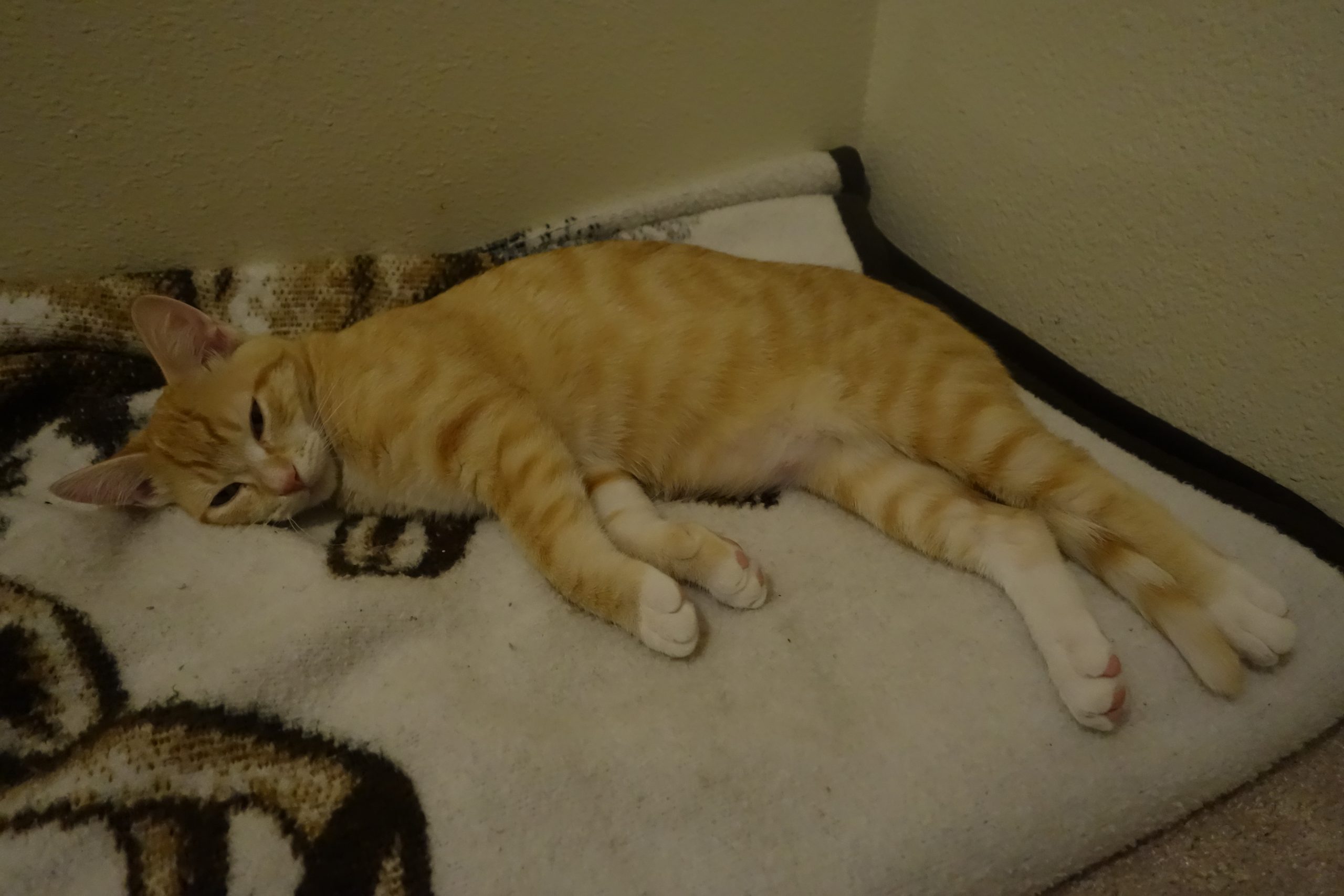 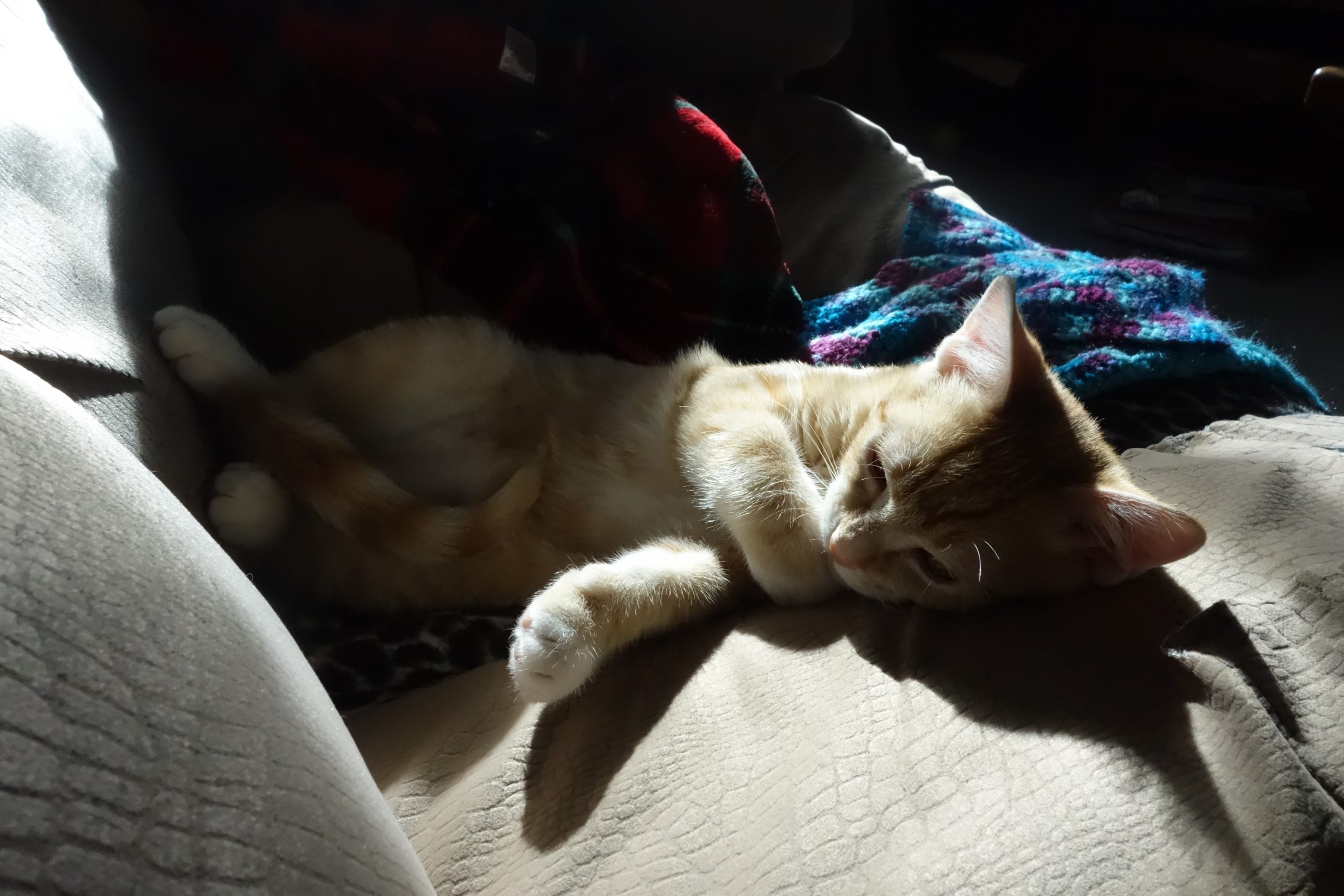 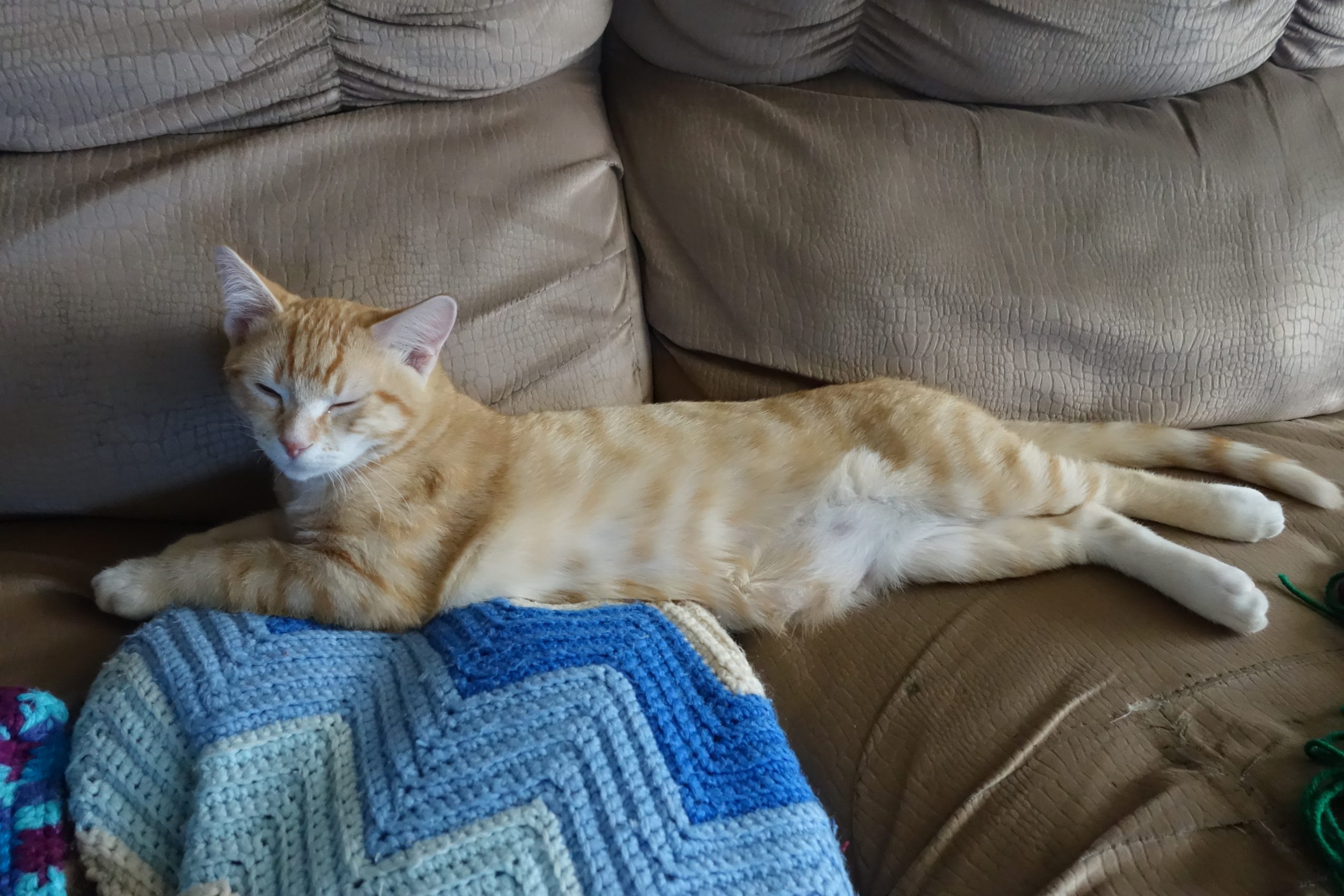 Meh… I’m too tired to post something once again, and I will try it again tomorrow if I feel like it.

I’ve been working on my new welcome picture for my Steam profile this evening. I will now show this picture to you Slackers right here:

I used Krita for the TF2 background image, Photoshop for the contoured text of my own name, and Illustrator and my Wacom tablet to draw my own character and a speech bubble. So now that I’ve finished my artwork, I will wait until tomorrow to upload this artwork on Steam because I’m a little bit tired to do so. 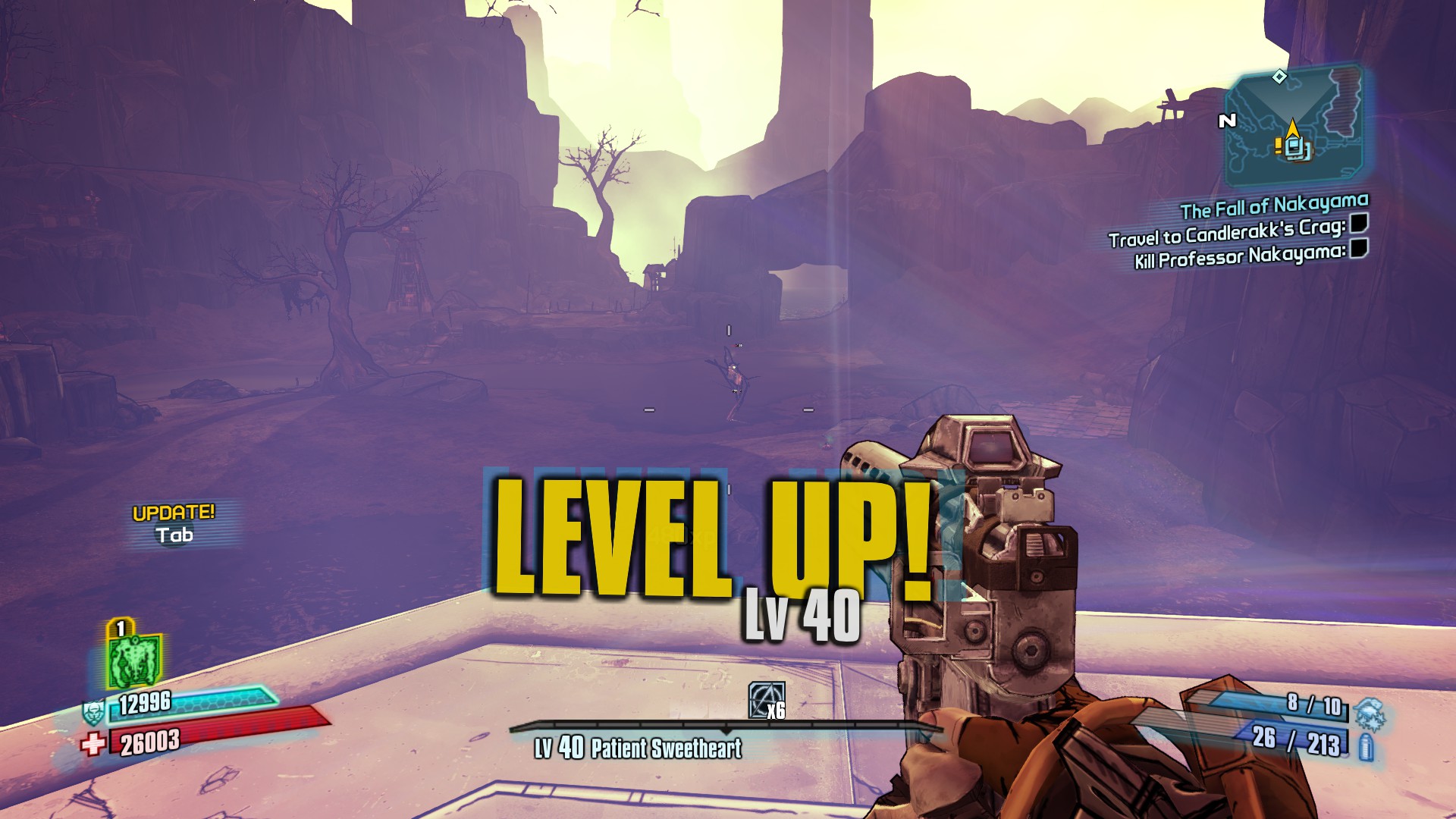 Been playing some Borderlands 2 lately, and I have reached level 40 as Mechromancer today after killing dozens and dozens of killer creatures like Spiderants, Scaylions and Drifters. So now I just need to wait for a new set of SHiFT codes that contain golden keys while I go out on an adventure killing more creatures with my simply fabulous weaponry, and I still got some sidequests that need to be completed but that’ll have to wait until the next time I join my friends Tomala and Yutram for a good game of Bawderlandz Dos. 😛

There was an error trying to come up with something to blog about because of being too tired. Will try again tomorrow…